He has put together two bands of superheros – ‘The Rocking League’ and the ‘Avengers Band’. In ‘The Rocking League’- Superman sports a mohawk hair style and a bearded Aqua Man, wearing nothing but briefs, just looks totally bad-ass. Wonder Woman, Batman and Flash make up the rest of the band. In the ‘Avengers Band’, there are Wolverine and Thor, who look completely at home as rockers, and are backed up by Ironman, Spiderman, The Hulk and a boy-band looking Captain America.

If you love superhero art, you might also like to have a look at the Mysterious Noir Superhero Series by Ted Grant, or even Pixelomics, a gif-animated series of pixel art superheroes by Dusan Cezek. 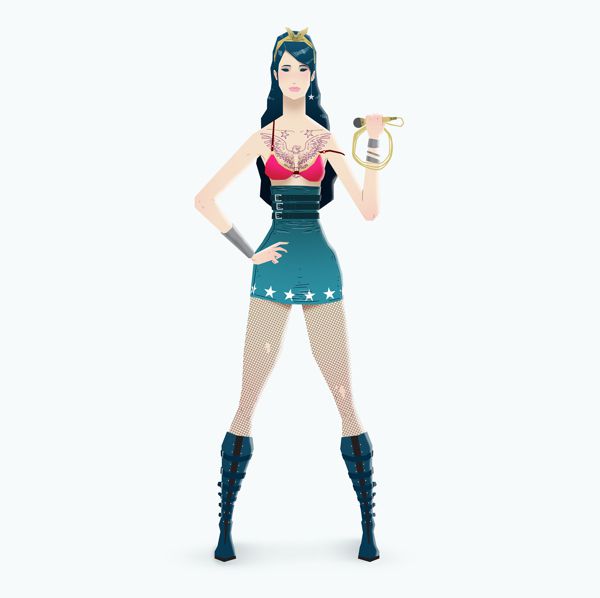 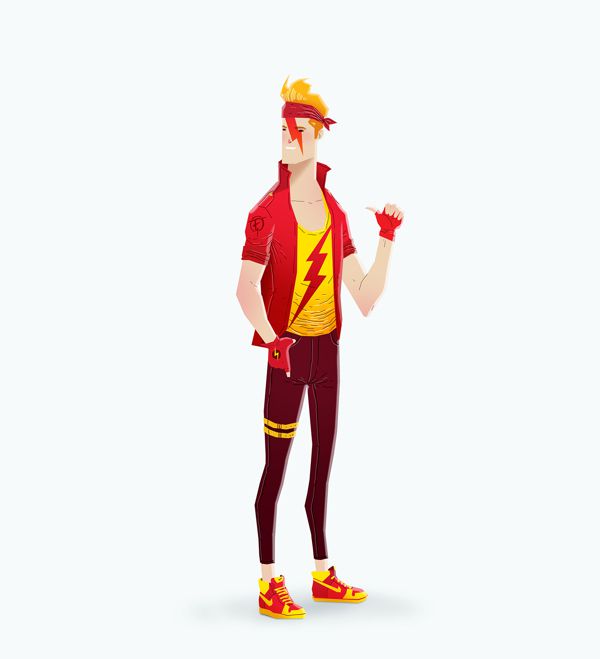 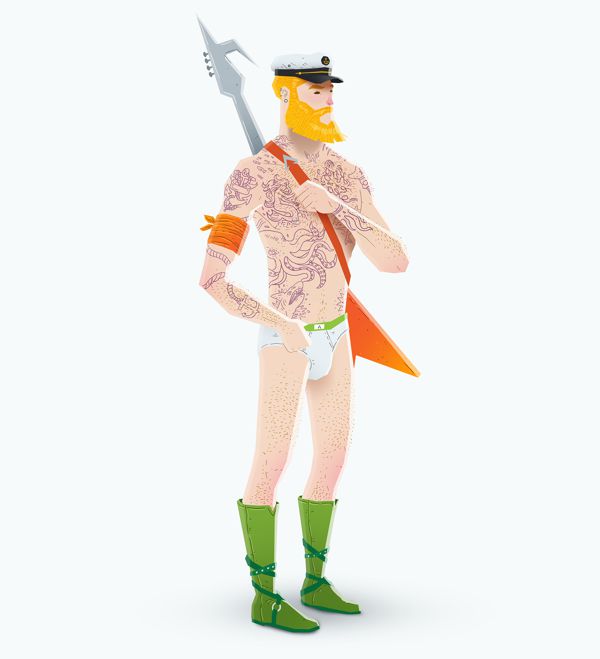 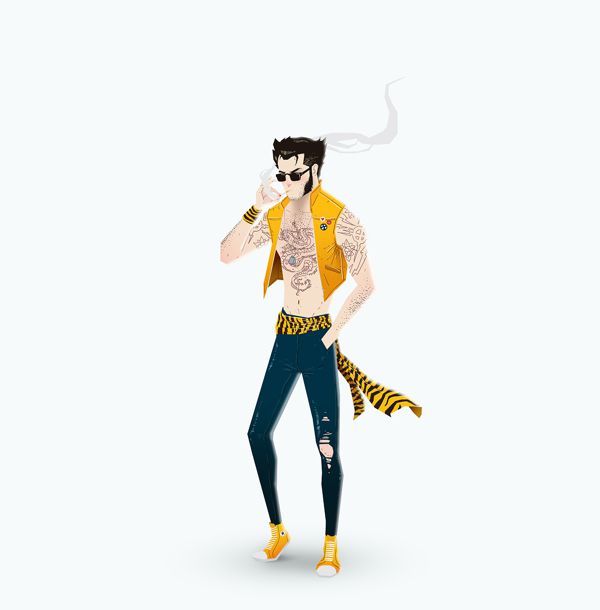 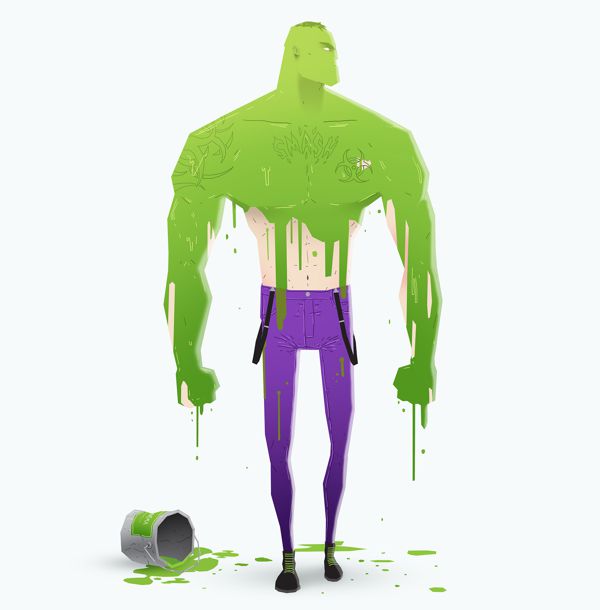 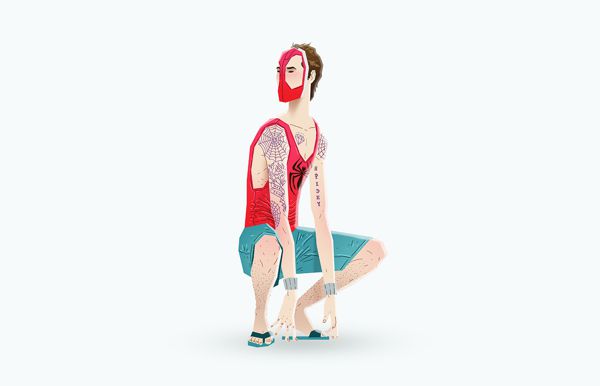 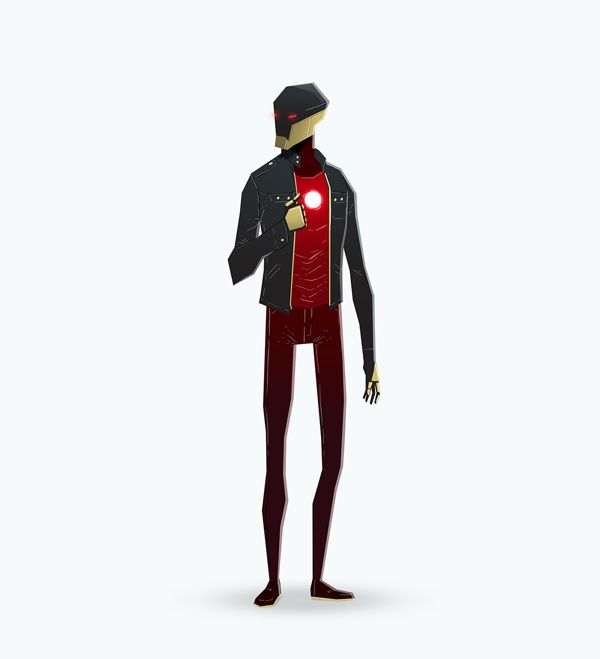 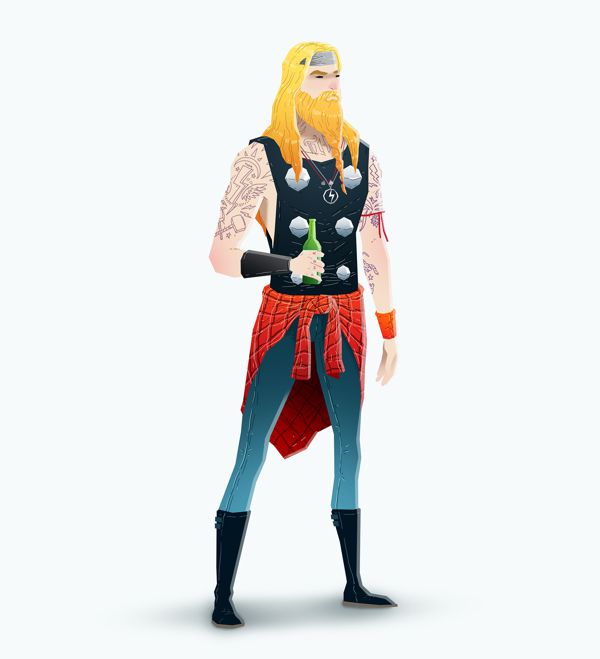 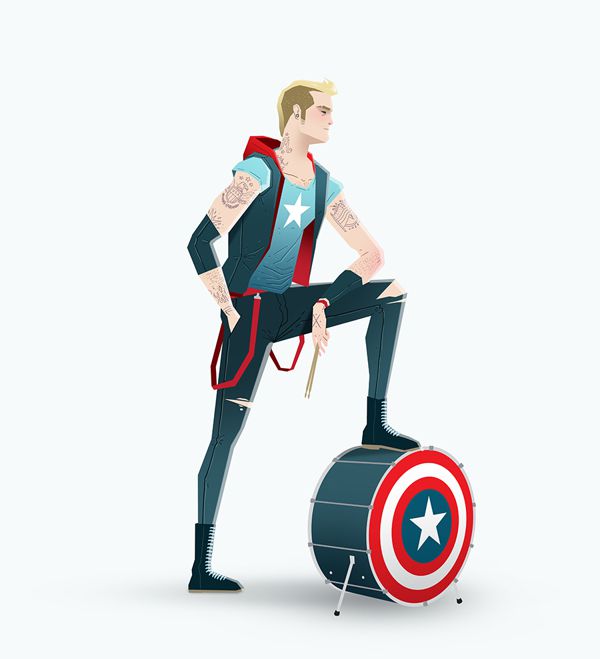 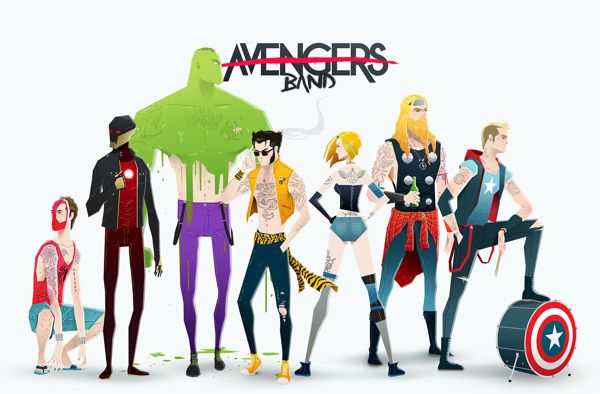 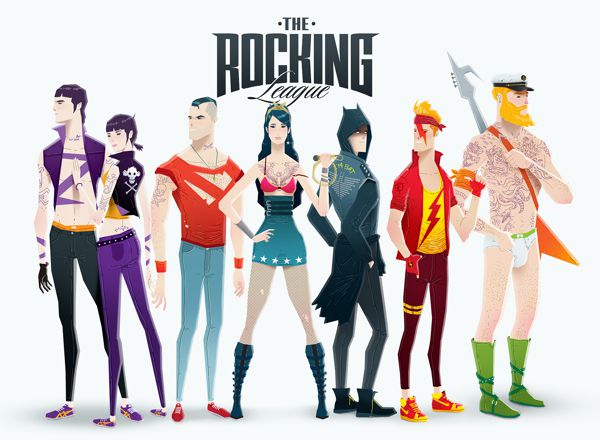