The advent of the Pop Art movement in the 50’s didn’t just impress the wealthy; it changed the culture. So iconic and profound were the inspirations and meanings behind this movement that it is still featured, studied and produced to this day.

In this article, we share some of the history and details surrounding the rise of Pop Art, as well as bringing attention to some of the more interesting pieces the movement has produced over the years. If you’ve never been exposed to pop art before, be warned: Pop Art influences may creep into your next few designs.

1. Pop Art is one of the most “popular” art movements of the Modern Era. The pop art movement started as a rebellion against the Abstract Expressionists, which were considered to be pretentious and over-intense.

2. Pop Art is an art form that reflected a return to material realities of peoples’ everyday life. It actually means the return to popular culture, thus the name “pop.” This art derives its style from the visual activities and pleasures of people: television, magazines and comics.

The Beginning of the Pop Art Movement

3. The “place of birth” of the Pop Art movement was Britain in the mid-1950s, but was present in the United States by the late 1950s. The purpose was to challenge tradition and assumed that the visual elements of the mass-media from the popular culture can be considered fine art.

4. Pop art relies on extracting material from its context and isolating it or associating it with other subjects for contemplation.

5. Pop Art coincided with the pop music phenomenon of the 50s’ and 60s’ and it’s highly associated with the swinging and fashionable image of London. For example, Peter Blake created the cover designs for The Beatles and Elvis Presley.

More than that, he included actresses like Brigitte Bardot in his works, similar to the way Andy Warhol used Marilyn Monroe as a model.

6. In comparison to English Pop, which was more referential and subjective, American Pop art was considered emblematic, anonymous and aggressive. The main concept English Pop artists considered was theme or metaphor.

On the other hand, Andy Warhol’s motto was “I think everybody should be a machine.” As a result, he tried to make his art look like it was created by a machine.

7. The Independent Group (IG) appeared in London in 1952. It’s considered by most to be the precursor of the pop art movement. During the first meeting of the IG, Eduardo Paolozzi, an artist and sculptor who co-founded the group, introduced a series of collages called Bunk! He created them in Paris between 1947 – 1949.

These collages were composed of “found” objects such as advertising, comic book characters, magazine covers and other mass produced graphic works that represented American culture. The first artwork to actually include the word “pop” was a collage Paolozzi called I was a Rich Man’s Plaything (1947) – in which appeared a cloud of smoke emerging from a revolver on which the word “pop” was written.

8. Pop artists from the United States used to duplicate, reproduce, overlay, combine and arrange endless visual elements that represented the American society and culture. Andy Warhol, one of the most famous American Pop Artists, had a real interest in movie stars. In 1962 his passion reflected in his works portraying Marilyn Monroe.

9. Andy Warhol summarized the Pop movement and the role of media in this famous quote “In the future everybody will be famous for fifteen minutes.” Hollywood, magazines, television, and newspapers are all producing new images daily, enlarging the popular culture. All that surrounds us are images ready to be consumed.

10. The Pop art movement is defined by themes and techniques drawn from the popular mass culture. Areas like advertising, mundane cultural objects and comic books. This art movement is considered a reaction to the ideas of abstract expressionism. Pop Art employed images of popular culture in art, emphasizing banal elements of any culture, usually through the use of irony.

11. The predominant colors used by Pop Art artists are yellow, red and blue. The colors used were vivid. In contrast to other art movements, pop art’s colors don’t reflect the artists’ inner sensation of the world. Instead, these colors refer to the popular culture. The culture that inspired American artist Andy Warhol to experiment with techniques such as silkscreen printing, which was a widely popular technique used for mass production.

12. Roy Lichtenstein developed a style based on the visual vernacular of the comic strip. The main characteristics of this style were bold colors, black outlines, and tones rendered by Ben-day dots. These were the methods of printing tones in comic books during the 1950s’ and the 1960s’.

13. The characteristics of Pop Art artworks were clear lines and representations of symbols, people and objects found in the popular culture and sharp paintwork. The Pop Art movement replaced the destructive, satirical and anarchic elements of the Dada movement (a movement concentrated on anti-war politics and rejecting the prevailing standards in art by creating anti-art cultural works) by having a reverence for consumerism and mass culture.

Just What is it that makes today’s home so different, so appealing? (1956) – Richard Hamilton

14. During the pop art movement, artists enjoyed satirizing objects by enlarging those objects to massive proportions. Food was a common theme in the pop movement, as well as household objects such as chairs and toilets made of squishy plastic instead of whatever materials they’re usually made of. For example, the Soft Toilet by Claes Oldenburg.

15. During the Pop Art movement, you could see logos and product labeling within imagery chosen by pop artists. Campbell’s Soup Cans labels by Andy Warhol for example. Moreover, the labeling found on the shipping board that contained retail items was used as inspiration for pop art. Take for example Campbell’s Tomato Juice Box or the Brillo Soap Box sculpture, both by Andy Warhol.

The Influence of Pop Art in Contemporary Graphic Design

16. The co-owner of Pop International Galleries in New York, Jeff Jaffe said that “Pop Art is stronger than ever.” Of course, art dealers, collectors, publishers and auction houses agree with him. They all point out some of the biggest names in today’s art: Clemens Briels, Romero Britto, James Rizzi and Steve Kaufman among others who all work in a Pop style and are typically very successful in the art marketplace.

Art is an expression of what takes place in every society. In the England of the 1950s’ and the U.S.A. Of the 60s’, art was a chaos of advertising, consumption, television, comics and fashion. We can say that art reinvented itself more than ever in the pop art movement. So much has it influenced our culture that Pop art is still highly appreciated today. 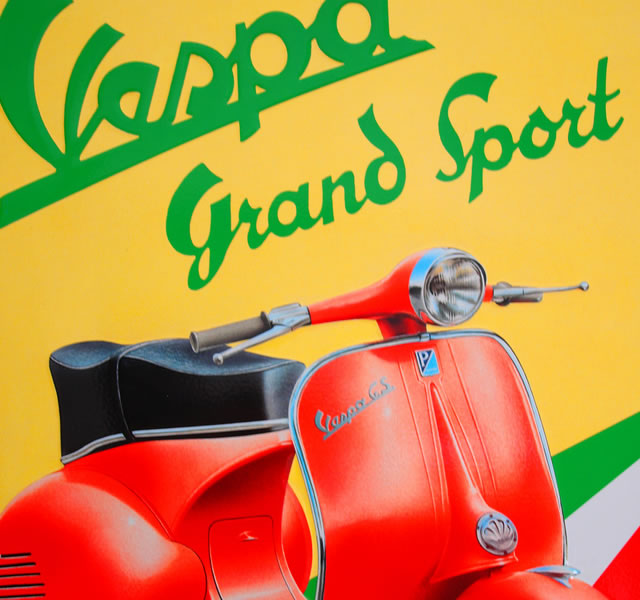 Pop Art continues to be hailed as a success to this day, whether we’re talking about original pieces selling for big money, or prints selling in huge numbers. It became clear that pop art was much more than just a statement, and it’s hard to ignore it. You can see it wherever you go. It’s in public places and even advertising, as it was used initially in the 1950s’. 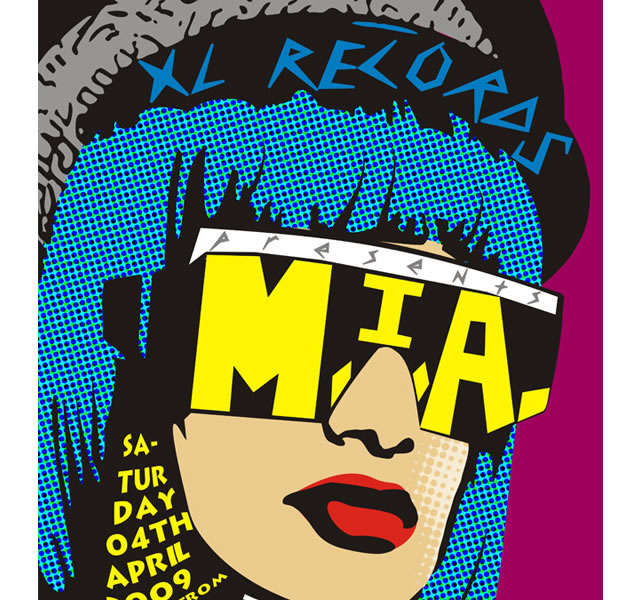 17. As it’s name implies, Pop Art is quite popular. Julie Maner, the director of business affairs for the Museum Editions in New York, said that “all art appeals to people on an emotional level, but Pop art is experienced on an experiential level. It comes from our daily lives.”

With this statement, Maner refers to the “Pop Dog” series – created by artist Gloria Lee. “Pop Dogs” features 25 different dog breeds created, of course, in electric Pop colors. This type of Pop Art print is displayed in the window of art shops simply for their colorful and whimsy. 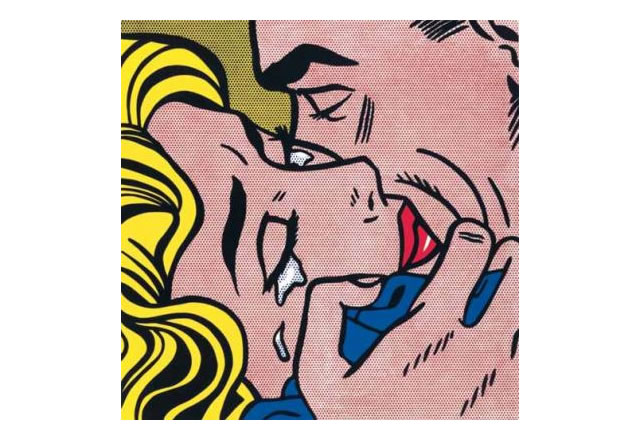 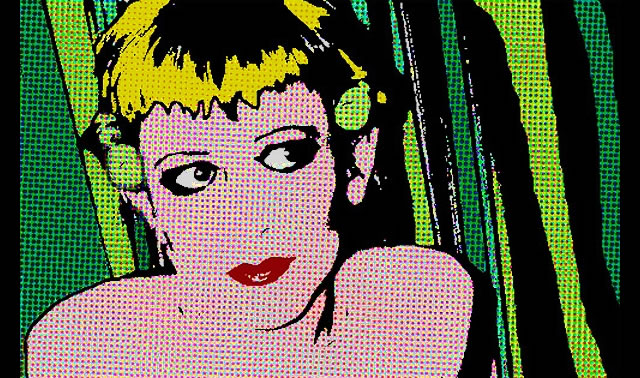 19. Some people might find it curious how Pop Art has such a strong presence, even 47 years after it appeared. The answer is that Pop Art gathered a large number of supporters over the years, and it turned out to be a great investment. Other people just said that fashion has its periods when it returns to some of the early years, and that’s what happened with Pop Art. There’s a hypothesis that it came back as a need for Americans to be comforted by familiar things. 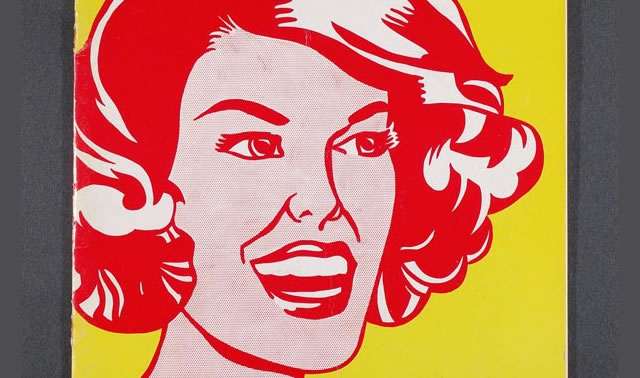 Julie Maner states that art in the pop genre is always changing. It keeps up with the society and the times in a way other art forms don’t. Ruth-Ann of Crown Thorn Publishing said that the great thing about Pop Art is that it’s cross-cultural. It’s not making a political statement, and it’s one of the best art forms for anyone who might be intimidated by art. War, anti-war protests, threats of attacks and the fear of nuclear bombs are just as real today as they were in the 1950s.

20. Pop Art still stands as an inspiration for artists today. Many features from the pop art movement can be recognized in today’s works, whether we’re talking about web design, graphic design or other creative fields. Without a doubt, Andy Warhol and Roy Lichtenstein’s works are among the most admired and have inspired many contemporary artworks.

Today, designers create cool prints, digital illustrations, posters – and so on – with features like strong multiple colors, dotted images, series of images with one print, home utilities like television, radio, camera, and the faces of famous people. (See the graphic design prints of Obama and others).