Realistic device photos can show off a mobile app while still under development or just after release. These photos are perfect for marketing and for demonstrating how an application would function on a real device.

Since it’s not always possible to move an app onto a real device for testing, the alternative is to use digital device mockups. These often come in the form of PSDs with smart objects for replacing the screen display with an app UI screenshot.

This post covers a handful of mobile device mockups for smartphones and tablet devices. You’ll find all the best resources to style and showcase your latest app design projects. 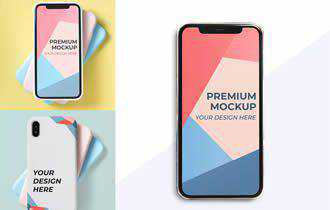 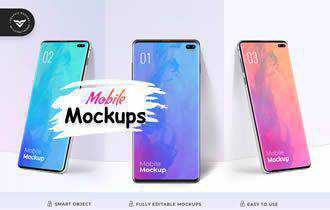 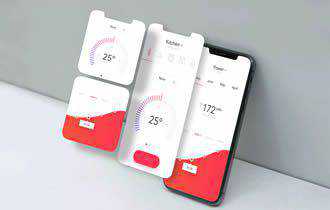 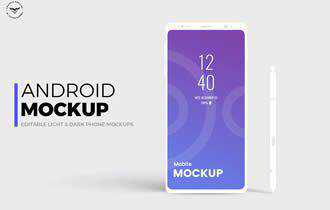 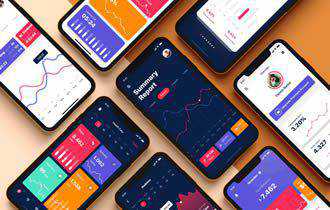 Not much needs to be said about the iPhone. Its leap to popularity is no surprise to those who understand Apple’s incredible marketing capabilities.

And now you can use these iPhone device mockups to improve your own marketing skills. Select from a range of photorealistic iPhones or custom photographs that can all be edited with replaceable screenshots.

Look no further than this 9-pack of iPhone 6 mockups created by Ramotion. The pack includes 6 different perspectives with gold, space grey, and white color schemes. All 9 PSDs are easy to customize with smart objects and they’re pre-rendered to use with any background. 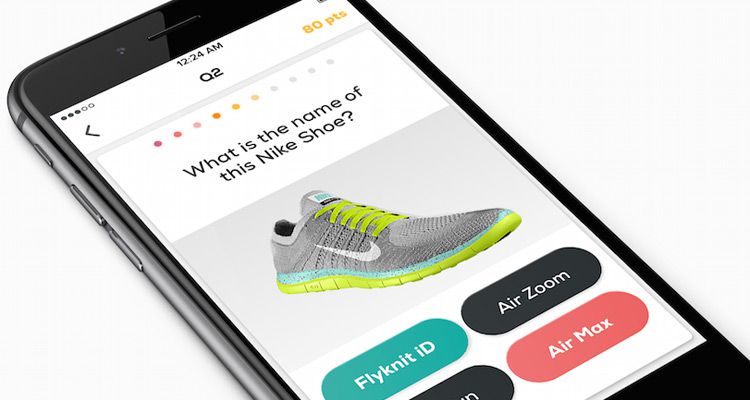 Similarly this iPhone 6 Plus PSD pack retains the same high-quality renders with photorealistic devices. In this set you’ll get 12 files with the larger iPhone 6 Plus dimensions. Again the photos come in all 3 colors and they’re fully editable. 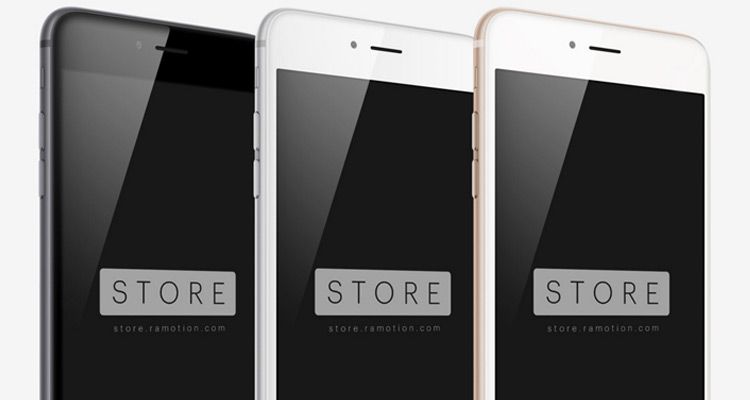 Perfect for business or personal apps, this 3-set of photo mockups can be used for almost anything. They feature an iPhone 5 which is an older model, but still used for design specs to showcase the smaller screen. 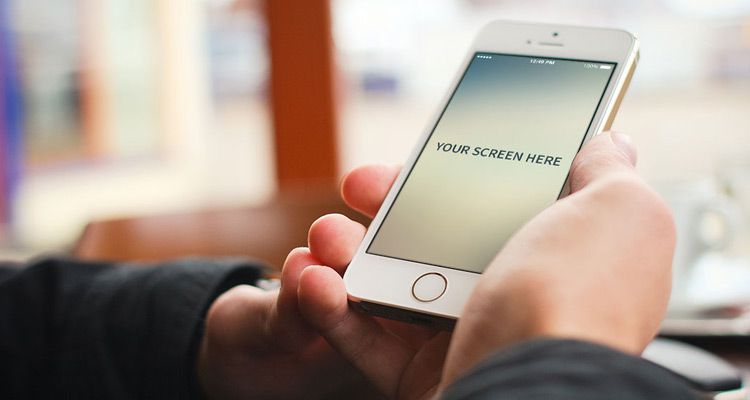 This tilted set of device mockups includes iPhone 6 shots at different angles. Each background can be changed along with an optional screen glare effect. 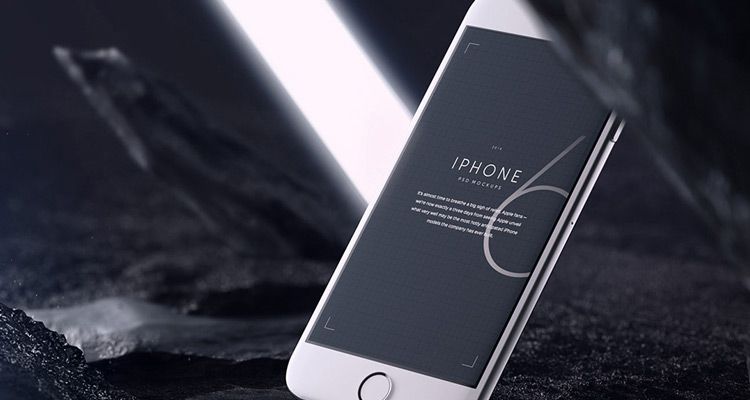 The Apple Watch only recently hit store shelves and has already garnered major success. Popular 3rd party iOS app developers have ported their products over to WatchKit and many new developers are joining the party.

These Apple Watch device mockups can help you show off new app designs for all types of users. 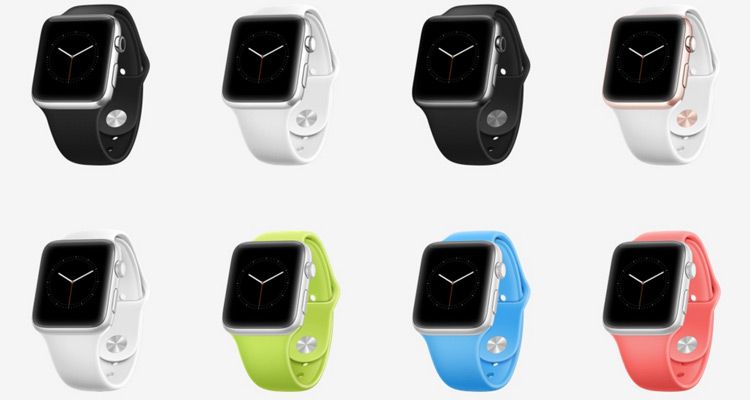 This mockup was put together by Lucas Alexander by using a free stock photo from Unsplash. It uses full smart objects to create the screen perspective while maintaining a quality photo in the background. 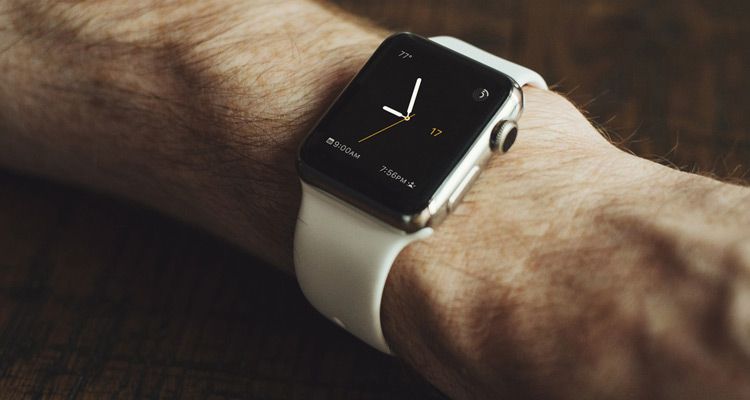 The Apple Watch Sport is an offshoot of the original with different colors and materials. This PSD device mockup is free and perfect for the sport aesthetic when showcasing your app design. 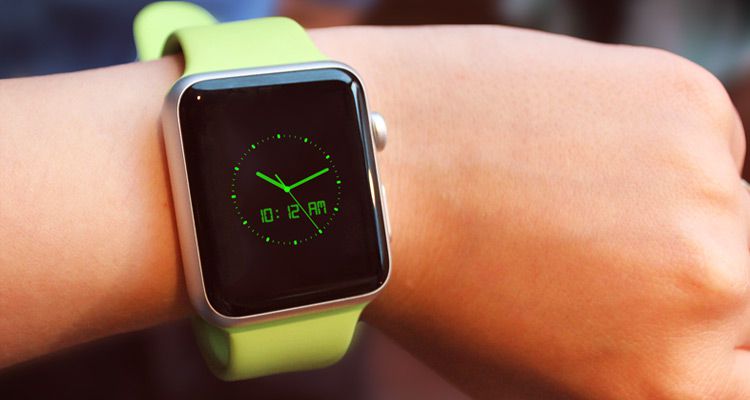 Here’s an incredible 15 pack of Apple Watch device mockups that will prove invaluable to app designers. Each mockup contains a real photo of an Apple Watch that has been Photoshopped to create an editable screen layer. The entire pack is free to download and should have enough quality photos for any project. 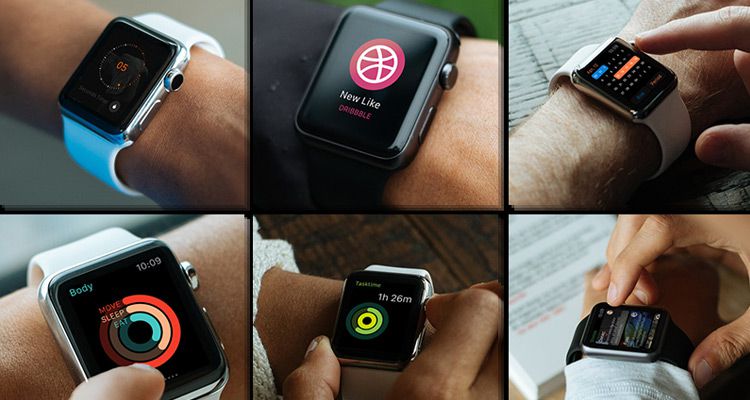 Apple’s tablet was first released in 2010 to a brimming conference room. Today it’s still one of the most popular touchscreen devices for apps and mobile gaming.

These iPad device mockups are perfect for any project from small client work to large corporate designs and even your own personal app concepts.

This close-up shot of a white iPad by Remus Corcaci is stunning. It can fit into any project and offers many different background options for a photo realistic finish. 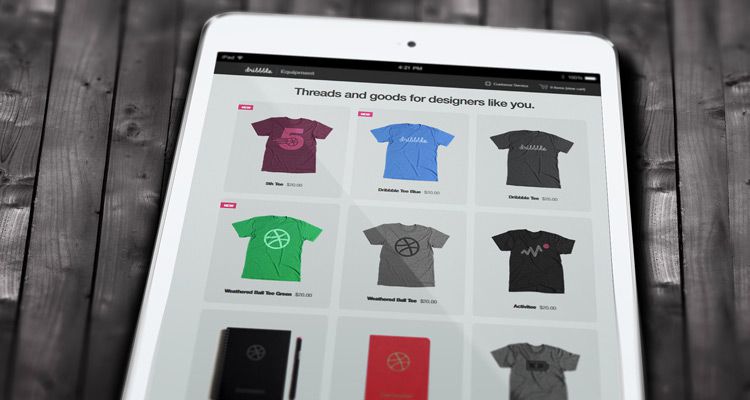 Here’s a festive white iPad mockup with a little snow and holiday cheer. This free mockup pairs with another Christmas mockup also released for free by Mockup Deals. 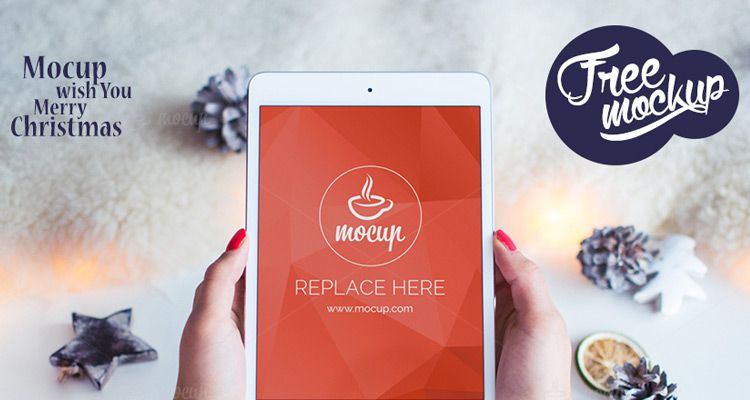 A whole pack of iPad photo mockups with an indoor homebody vibe to each one. This pack is free to download and volume #3 of a set of iPad mockups released by Graphicsoulz. 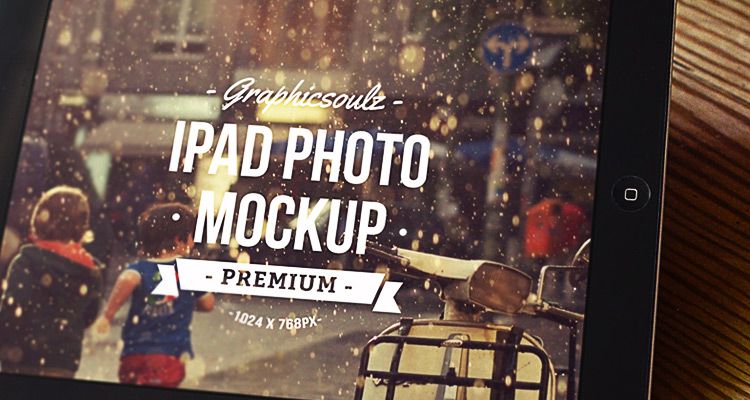 The popular Google Nexus was first released in 2010 as a product for Android users. It has since grown to a larger market along with the Google Android OS.

The Google Play store offers tough competition for Apple’s App Store with many popular apps & games. These Nexus smartphone mockups are perfect for showcasing your newest app or game for Android users.

This classic Nexus 5 black mockup is free to download courtesy of Creativedash. They release many UI kits and mockups for download so these Nexus designs are noticeably top quality. 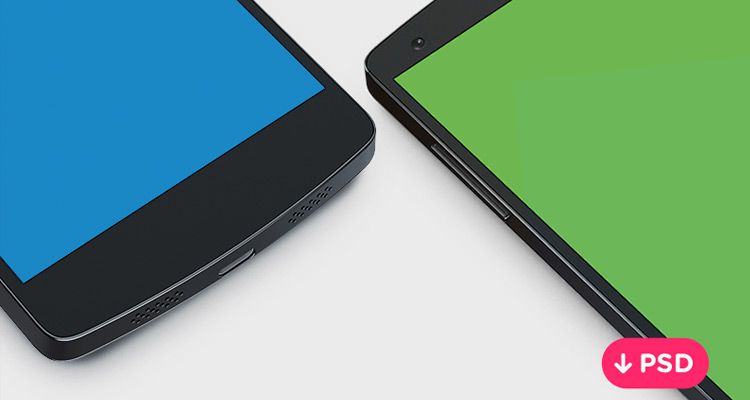 Another simple Nexus 5 but with more of a focus on the device itself. This screen includes a glossy layer to replicate the shine effect. It’s also completely free and usable in any project work. 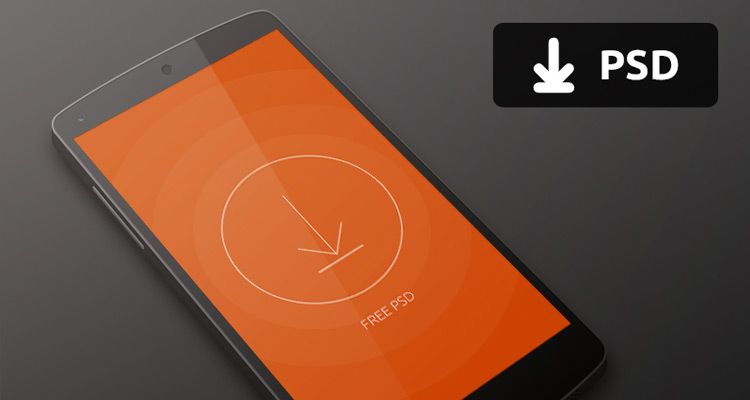 There aren’t as many resource out there for Sketch, but this particular Nexus 5 template is perfect for Sketch App users. The mockup uses a transparent background with photorealistic devices for clean & easy blending techniques. 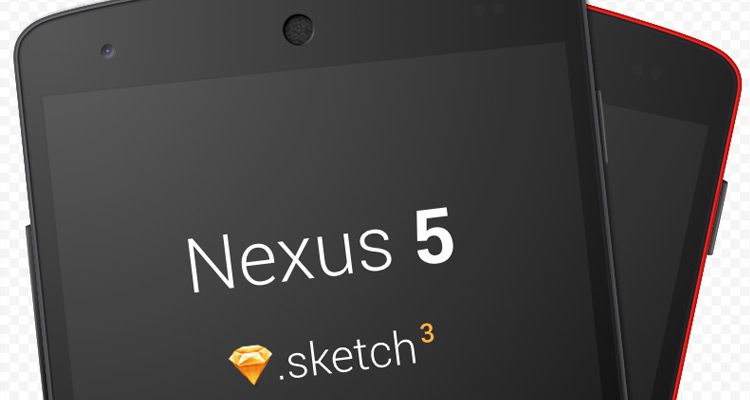 Many thanks to Gabe Will for this incredible set of 9 free Nexus 6 templates. The device mockups are real photos with the N6 screen hidden by a smart object. This makes it easy to create real photo showcases for your Android apps or games. 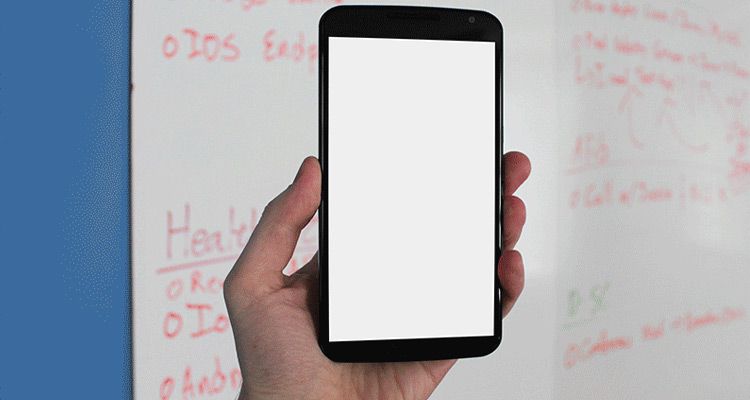 The Nexus 6 is Google’s next smartphone and features a slightly larger display. This N6 mockup PSD pack is free with editing features like scaling & rotation. It has already been downloaded over 30k times and proves to be a popular mockup set. 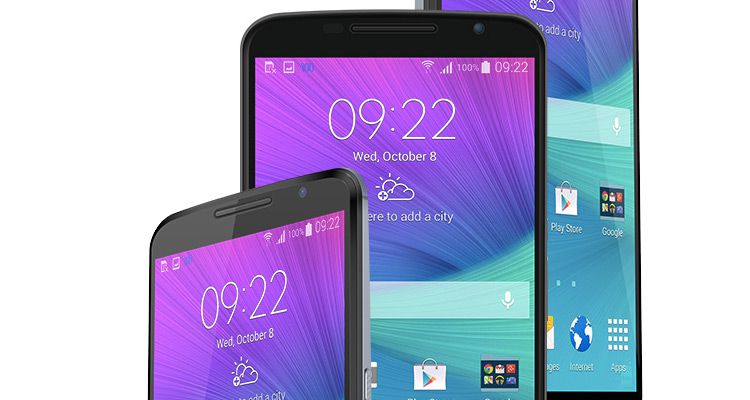 Google’s Nexus line includes its own tablet series comparable to the iPad. Nexus tablets look similar but come in varying sizes. If you’re developing for Android then you can’t miss these incredible Nexus tablet device PSDs. 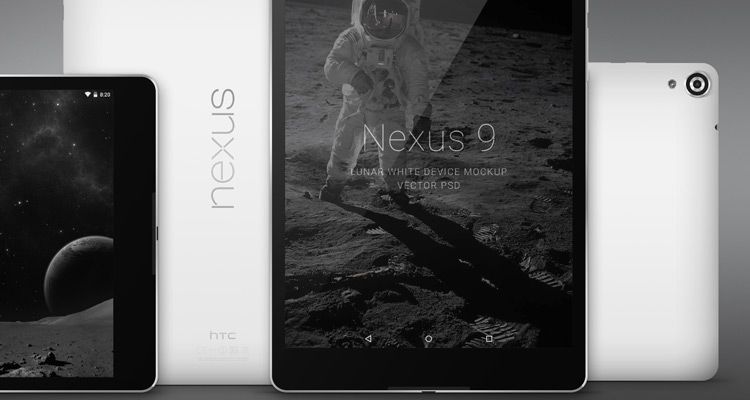 This freebie Nexus 9 mockup pack was created by Yogesh Dhiman. The pack includes 12 distinct styles of the Nexus 9 display along with alternatives shots of multiple devices in the same photo. This is easily one of the best packs you can get for a free Nexus tablet device mockup. 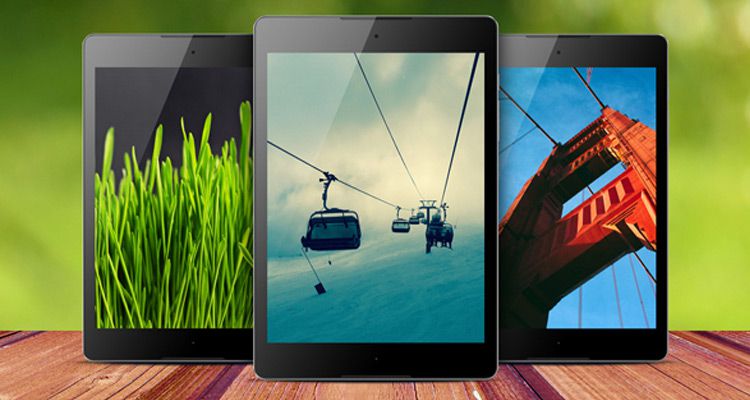 This 3-pack focuses on the Nexus 9 lunar white mockup. Each PSD file is fully editable and the three displays are portrait, landscape, then tilted perspective. 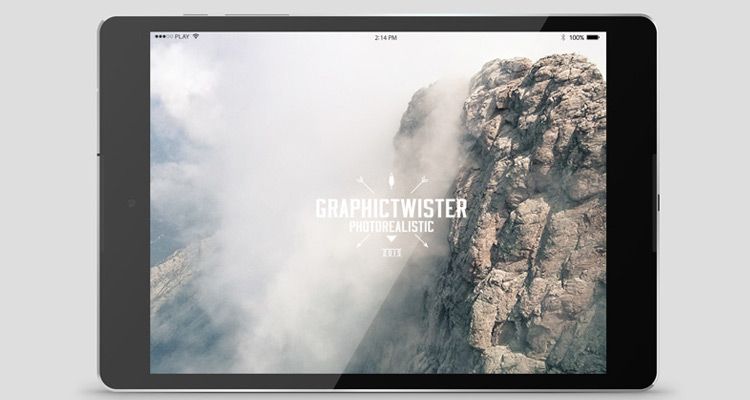 This vector freebie created by Eugene Leskov is simple yet to the point. The Nexus 10 displays on a dark background with a full-on frontal view. You can download the PSD mockup completely free and use it for any project work. 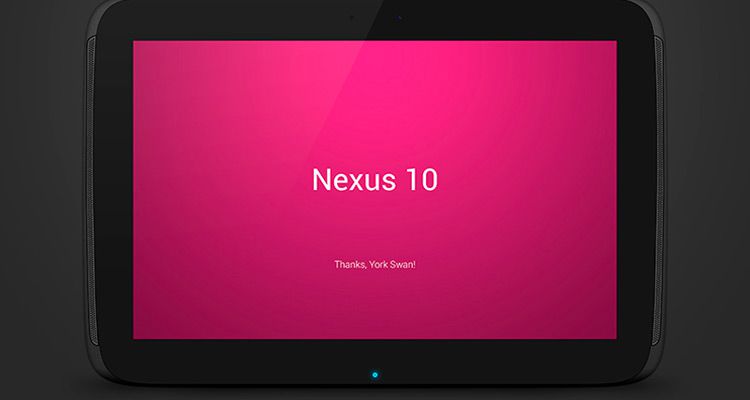 Lastly here’s one simple mockup of the Nexus 10 at 3000x4000px. The device mockup is completely free to download and super easy to update with your own screenshot. 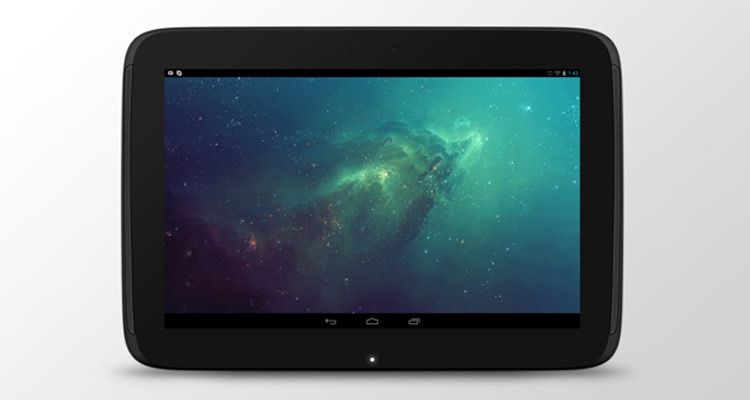 With all these resources at your disposal it should be easy to showcase your latest mobile app designs. No matter what your preferred device, you should be able to find a quality mockup that fits any project. Feel free to download your favorites!