In the world of real-time communications reliability and ease of use are two of the most important factors to building enriched applications that engage your audience. Web Real-Time Communication (WebRTC) was built for web developers to using simple JavaScript APIs embedded directly in the browser. 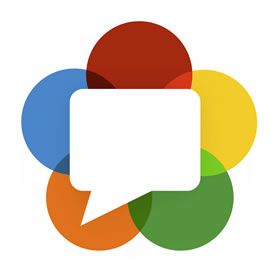 What’s the magic behind WebRTC?

Currently only Chrome, Firefox and Opera browsers are compatible with the native WebRTC APIs but using the free plugin provided by Temasys you can extend WebRTC capabilities to Internet Explorer and Safari.

Where did WebRTC come from?

WebRTC is the brainchild of the Google Hangouts engineering team. While building the Google Video Chat plugin for Google Hangouts they thought it would be a great idea to place the video and voice technology directly into the web browser.

In early 2010 Google acquired On2, the owner of the VP8 video codec, for $125M. They quickly open sourced the codec for use in both WebRTC and the HTML5 video tag. A little later in the year they acquired GIPS, a Swedish company for $68M. The GIPS technology forms the basis of the voice engine used in the Chrome implementation of WebRTC.

In total Google invested about $200M in WebRTC in 2010. By April 2011 the IETF RTCWeb Working Group was formed and was given the responsibility to standardize the protocols used in WebRTC.

What can I do with WebRTC?

WebRTC offers endless possibilities and opportunities to bring enriched, high quality and affordable real-time communications to the world. We’ve only begun to scratch the surface of what WebRTC will evolve into in the future. Web developers will lead innovation in the industry forcing change and defining what true disruptive technology can bring to the world.

You can find more resources on WebRTC below:

In the next part of this series we will show you how to build a live video chat application using nothing but JavaScript, HTML5 and CSS. Stay tuned!

If you are up for learning more about the WebRTC ecosystem head over to the WebRTC Challenge. It is a new initiative started by the team at Blacc Spot Media to introduce and educate developers across the web and mobile communities.