Getting Smarter: How Changing Your Mindset Can Help Your Web Design Goals

Imagine you had a child who just finished learning addition and subtraction. You gave him a math task at home to test his skills and he solved the task successfully! “Wow, you must be really smart”, is what you would probably say to him.

Congratulations, you’ve just made the first “mindset” mistake. But wait, what’s wrong about praising a child? Nothing, really. The thing most people get wrong is not the praising, but the way they’re praising him.

Image Source: Forefinger with the Thumb via Shutterstock.

Carol Dweck, a psychologist at Stanford University, coined the term “growth mindset”. I think the concept is best illustrated with the following example:

Can you notice the subtle difference? In the first example, you are praising the child’s abilities, while in the second, you’re appreciating their hard work. Here’s the problem with the fixed mindset: Now that you’ve given your child an identity that he’s smart, the next time he’ll struggle with a concept to solve a task, what would they think? I must be dumb.

Whether with the growth mindset (“You must have worked hard”), what the child would probably think is “I’m not working hard enough on this”. And this is what you want them to actually think! To work harder! This isn’t just a motivational mumbo-jumbo, there’s actual research to support the notion that as you work harder on a problem, the brain actually adapts to it (various brain areas become more active depending on the type of skill you’re learning, read about brain plasticity for a more technical explanation). The brain is like a muscle

Students who were taught the growth mindset got far better grades afterward compared to students with a fixed mindset. My goal in this article is to teach you how the growth mindset applies to web design and help you accelerate your career success by learning new skills more rapidly.

The Fixed Mindset in Web Design

Learning web design may seem easy at first, but as you get to more advanced topics things can get pretty hard. You may not understand some things at first and need to struggle for a few days to grasp them. Eventually, that’ll happen, you’ll understand the concept. It’s the ‘struggling’ days that will really uncover whether you have a fixed or a growth mindset.

Can you identify with the child who was told ‘you’re smart’ every time he completed something? Tell me, if someone told you’re smart every time you complete a task, what does it mean when you won’t be able to complete it? Well, it means you’re dumb. Complete it = smart, not complete it = dumb.

In reality, you’re not dumb. You’ve just been conditioned to think this way.

The Growth Mindset to the Rescue!

Now, imagine you’re trying to learn a difficult web design concept but this time you’re the child who was praised for working hard if they completed something successfully. You got the growth mindset instilling in you.

Let’s follow the same logic as above; if you were praised for working hard after doing something successfully, then if you fail to do something, it must be because…

You were not working that hard?

Can you see the profound difference this mindset can have on your overall web design career?

In case you still think there’s any evidence to support the fixed mindset, then you’re up against a myriad of evidence for brain plasticity. As we learn, certain parts of our brain become more active, depending on the task. If you’re learning a design concept that has to do with analyzing things, then the part of your brain responsible for those types of tasks will become more active, thus helping you learn subsequent things that have to do with analysis faster.

At that time I had never touched a programming language before. I was told that JavaScript would be a good way to get started in front-end programming and a useful skill for web design. So I said: Let’s go for it! But deep inside me, I was afraid…really afraid of not making it.

I admit it…I’ve been conditioned to have a fixed mindset, and I couldn’t see many people around me who didn’t have this mindset. If you gave me a difficult task or told me to solve a difficult concept, if I was struggling with it for more than 2 days, I’d give up on it and go to the “lower level” details where I felt comfortable. 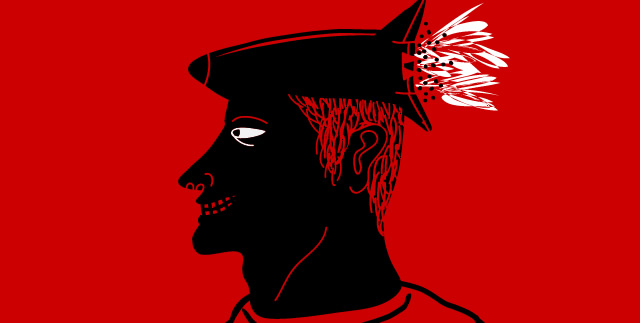 It was a vicious cycle, learning the same things over and over again, not for the sake of learning, but for the sake of feeling comfortable while doing that. Eventually I gave up because I got bored.

Can you identify yourself with this? Have you ever had a time where you wanted to learn something new, got to a certain level, but eventually gave up and told yourself the rationalization “Hey, since I cannot quite grasp this immediately, it’s probably because I didn’t learn the previous concepts good enough”. But some part of your brain was screaming “You’re fooling yourself, you crave the emotion of feeling comfortable and that’s why you’re doing this”.

I was personally struggling with this vicious cycle for years. And it wasn’t until I’ve learned about the fixed vs. growth mindset theory where I actually became aware of what I was doing.

Boy, did it make a difference. Now, when I encounter a difficult concept, I always try to persist learning it for at least 10 days until re-evaluate what to do next. One thing that often happens after getting to the 5th day of learning, for example, is that I suddenly ‘get it’ and often surprise myself of how I got something I thought was impossible to learn few days ago.

Mindsets are simply beliefs about something, and beliefs can be changed. Instilling the growth mindset into your mind can have many positive effects over the long run.

The crucial thing to do here is to talk back when your growth mindset ‘appears’. So when you’re thinking (often automatically): “I can’t do this, I’m not smart enough”, now is the time for the growth-mindset thoughts to come into play. Counter that with “I’m not working hard enough, I can do this with enough work”.

Some other examples: “Why can’t I do this? I probably don’t have the talent?” Counter that with: “Maybe I need more time and effort to achieve this, I’ll give myself 5 more days and work hard and see if I get it.”

Dedicate a week for recognizing your fixed mindset thoughts. Try to catch yourself when you talk to yourself in that manner. Thoughts connected with not trying something, being a failure, or having to do with people laughing at you for trying something.

The reality is that most people mind their own business. What’s the last time you thought long and hard about someone else’s problems? Well, same case with other people!

Remember, the brain is like a muscle, and muscles can grow.

Looking forward to your comments on how you plan overcoming the fixed mindset in some areas of your life.