As with any craft, there are those who are capable of further pushing the envelope and transform what was otherwise an ordinary material into an amazing artwork. Look into the lives of these seven ingenious papercraft sculpture artists and see how they gave life to regular pieces of paper:

This man has been building his reputation as a paper artist for three decades. A pride of Los Angeles, Jeff Nishinaka earned his undergraduate degree from UCLA and then went to pursue his craft and career at Art Center College of Design, a distinguished art school in California. 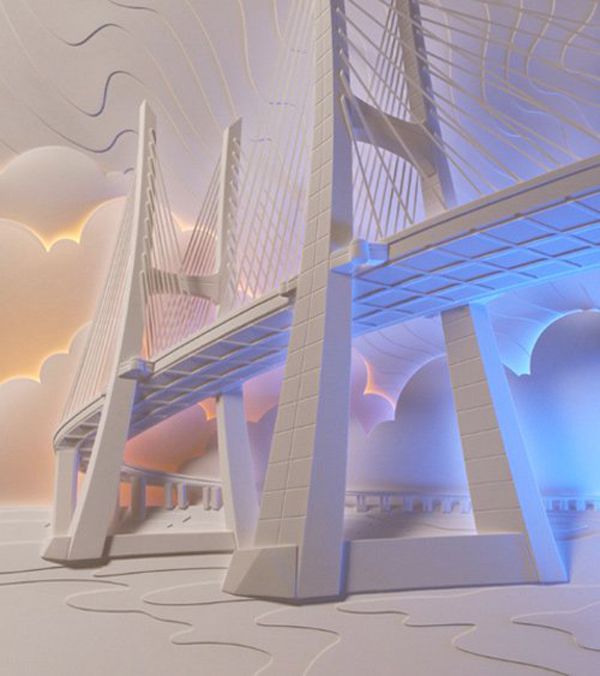 Though Nishinaka was originally interested in painting, his experiences in Art Center enhanced his talent by handling different elements, including paper. The realization that paper was a very flexible medium converted him to creating masterpieces by shaping it and still maintaining its character. Some of the most popular brands that benefited from Nishinaka’s ingenuity were Paramount Pictures, Visa, and Coca Cola. 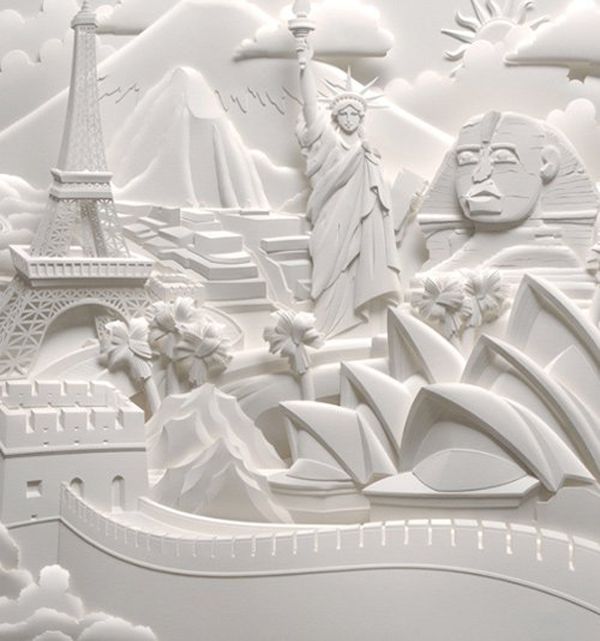 Born and raised in South Korea, Cheong-ah Hwang was blessed with a natural gift in creating art, especially when it comes to manipulating paper. Her fascination with this medium began at a young age as her parents ran a printing shop in her hometown. Her access to different kinds of paper unleashed her innate potential in making ornate pieces out of them. 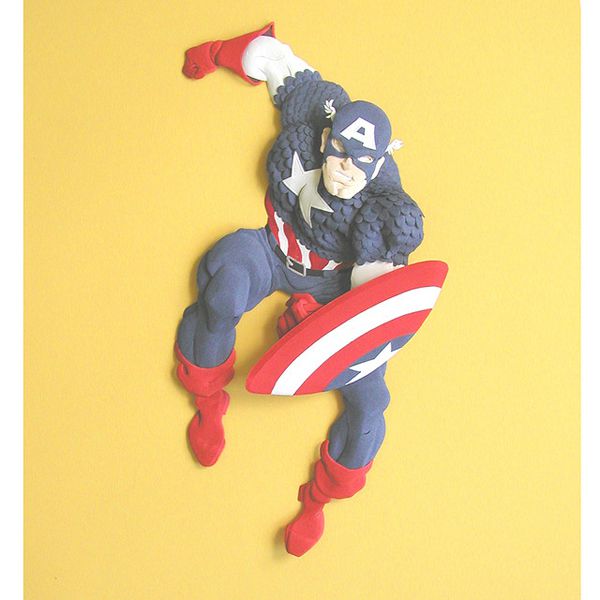 Now living in the US, Cheong-ah Hwang has made a name for herself through her amazing skills. Among her most famous projects was a 2010 campaign for Kickstarter, an organization that funds creative programs. This project allowed her to reproduce her complicated pieces and be sold at significantly cheaper prices. She is also known for creating the cover image for Grimm Tales for Young and Old, a book written by famous author Philip Pullman. 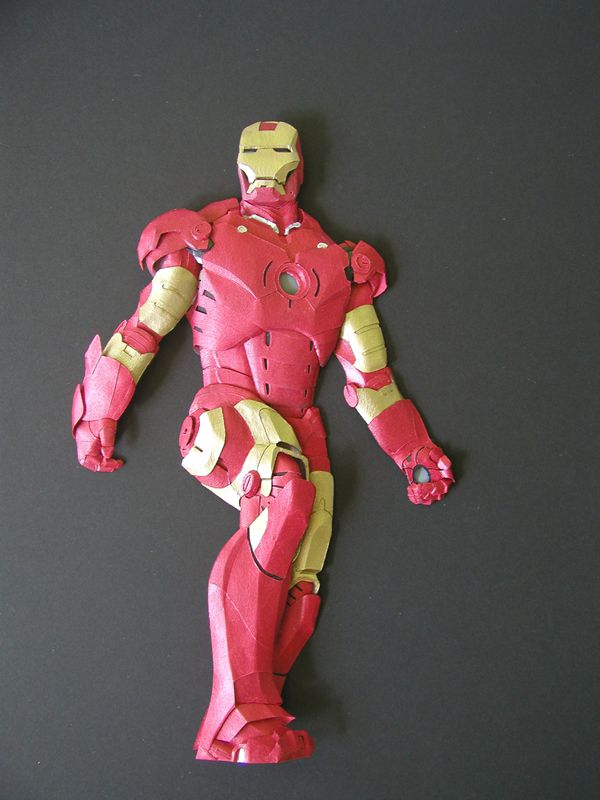 The focus of this duo’s art is creating 3D figures and settings using paper. Alexei Lyapunov and Lena Ehrlich, both from Russia, maximize the use of cutting and slicing tools, tweezers, rulers, and metal wirings when making their elaborate works of art. 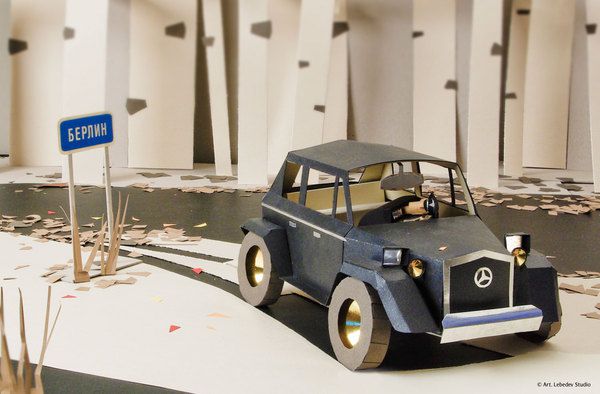 Some of their most remarkable paper sculptures include music icons Michael Jackson, Elvis Presley, and The Beatles. They are also applauded for their elaborate 3D miniature installations entitled “People Too.” This particular piece depicts mundane scenarios, such as an office setting and airplane travel, laced with a sense of humor and livened by vibrant colored paper. 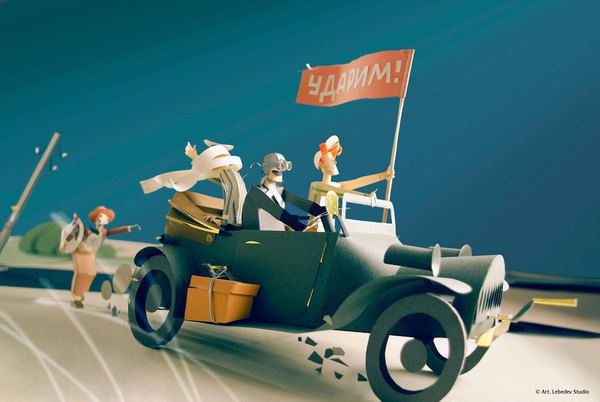 Another brilliant paper artist from Russia is Yulia Brodskaya. Even before undergoing formal art education, Brodskaya has already developed her interest in origami, collage, and textile painting. When she finally moved to the United Kingdom and took a master’s degree at the University of Hertfordshire, she incorporated three of the things she loved the most—paper, typography, and intricately-detailed handicrafts—and gave birth to magnificent projects that only a true artist can pull off. 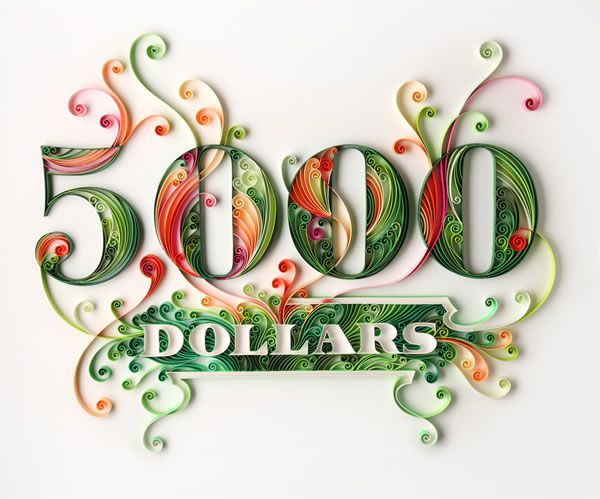 Yulias hard work surely paid off seeing as some of her clients include the largest brands in the world, such as Hermes, Starbucks, and Nokia. 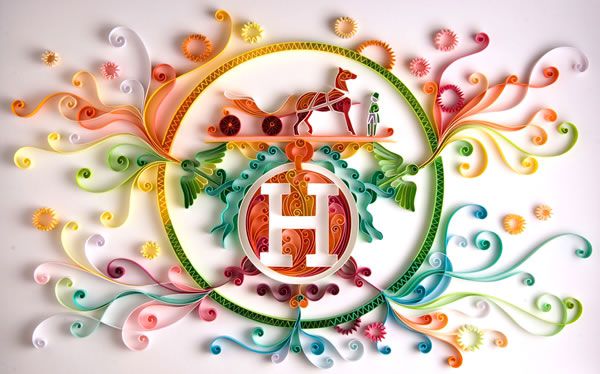 One of paper’s apparent characteristics is its frailty, but a real artist knows how to put such things to his or her advantage. This is what Danish paper artist Peter Callesen does to paper once he begins his magic—a ‘flimsy-looking’ material metamorphoses into a structure conveying a message. 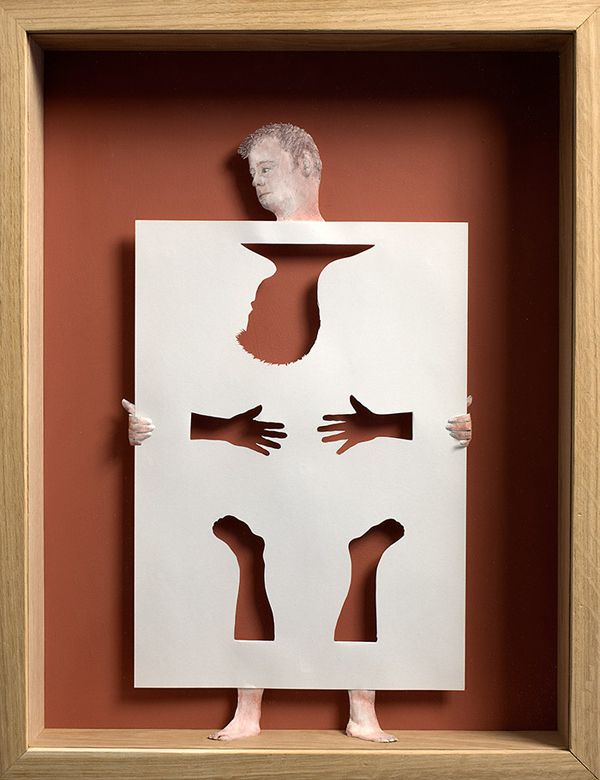 Along with creating 2D and 3D paper sculptures, Callesen specializes in reliving his personal interests, his memories, and even classic stories in his work. He effectively transforms a flat piece of paper into a 3D sculpture by cutting parts of a single sheet and using those exact pieces to form detailed figures. The result? It looks as if the final product literally rose from their paper graves and was brought to life. 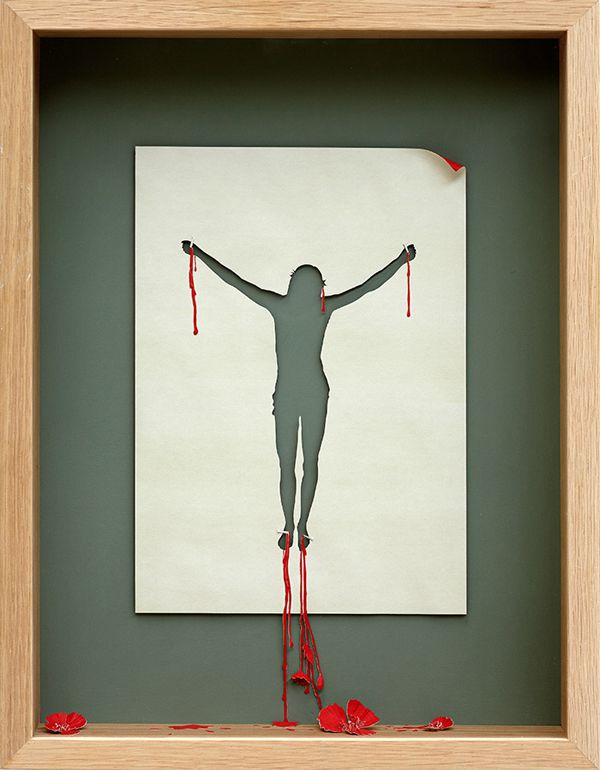 Working with paper can be quite exhausting but given sufficient talent, imagination, and patience, a dedicated artist can turn one sheet into a multi-dimensional centerpiece. This is what Dutch artist Ingrid Siliakus has been doing for the past two decades. Inspired by the works of a Japanese professor and artist Masahiro Chatani, Siliakus began researching about the art that could be done with cutting and folding paper. 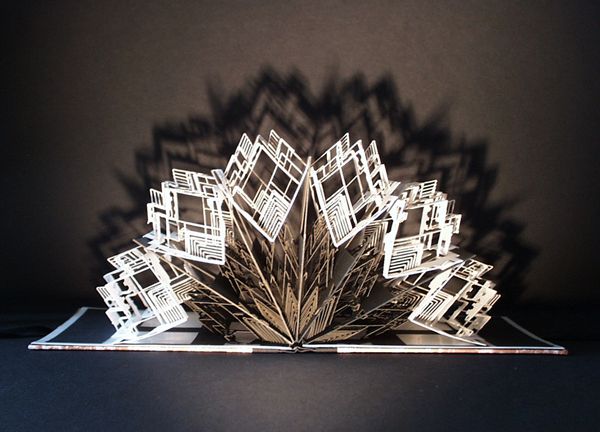 After a few years of studying, she began rendering her own grand paper architectures. Siliakus’ creations can be considered as the product of marrying two disciplines of paper art—origami and pop-up. Before she was able to design pieces by herself, she created paper renditions of famous buildings, such as Spain’s Palace Del Marques De Salamanca. 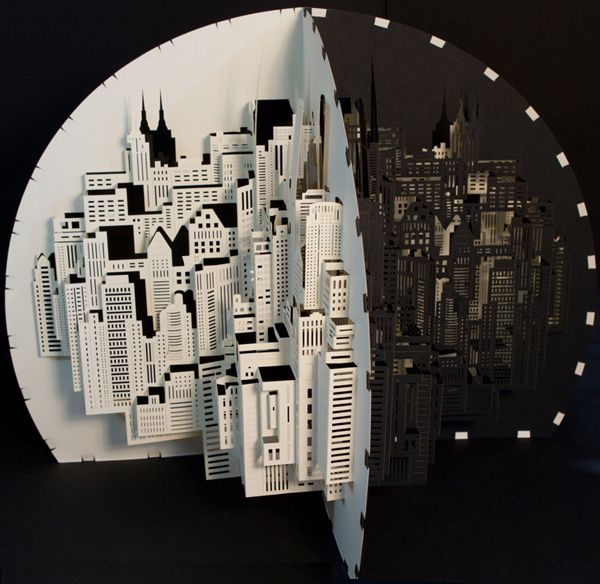 Artist Bovey Lee was bestowed with multiple blessings that helped her reach the state where she is now—literally and figuratively. After finishing fine arts in her homeland, Hong Kong, she pursued painting at the University of Berkeley in California and then took digital arts at the Pratt Institute in New York. Though she was originally into painting, she eventually discovered her passion for paper cutting. 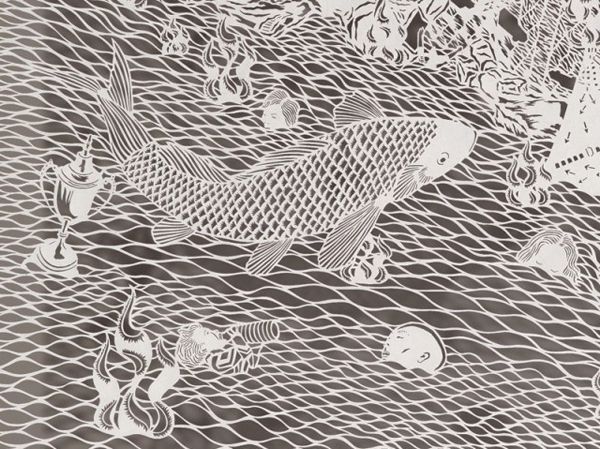 Bovey has succeeded in incorporating her native culture to her art by choosing to work with rice paper. Rice paper has characteristics ideal for her projects, and it allowed her to practice the centuries-old Chinese art of paper cutting. Many of her works have been exhibited in the most prominent museums in the world, such as the Museum of Fine Arts in China, Fukuoka Museum of Art in Japan, and Brooklyn Museum of Art in the United States. 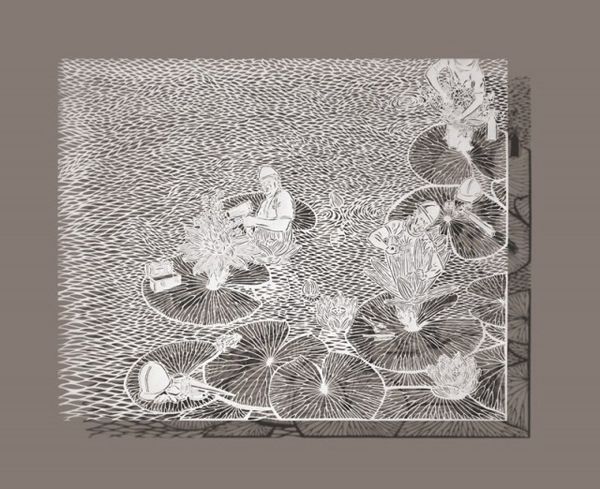 Paper has served a great many functions in art. From being a canvas to being actual artworks itself, paper has proven to be one of the most indispensable media in creating masterpieces.