Ideas: the germs that grow into those great, award-winning designs we all want to have our names attached to. We all get dozens of ideas constantly, which typically range from fairly good to amazingly good. Ideas are an abundant commodity that we all have, as creative people.

In fact, most designers have more ideas than they know what to do with. Yet, most jealously hide their ideas, paranoid that someone will “steal” them and do something that will undermine their own fame as a designer.

Today, we’re going to explore some important reasons why it’s stupid to worry about anyone potentially stealing your ideas.

First of all, success is 99% execution. The sweat and hard work that go into making a design a reality is really what matters – that’s the important part. Only 1% of success is the idea. Ideas are useless on their own. We all get them – they only mean something if you make them happen. You can have ideas that are sort of ‘blah’, and yet still dominate your field through hard work.

The good news is, people who steal others’ ideas don’t realize this. They think it’s the idea itself that is valuable. But the truth is, a mediocre idea executed well is worth a lot more than a great idea executed poorly. So, if you have good ideas, and you work hard to turn them into something, you can always generate more ideas and have success as a designer. 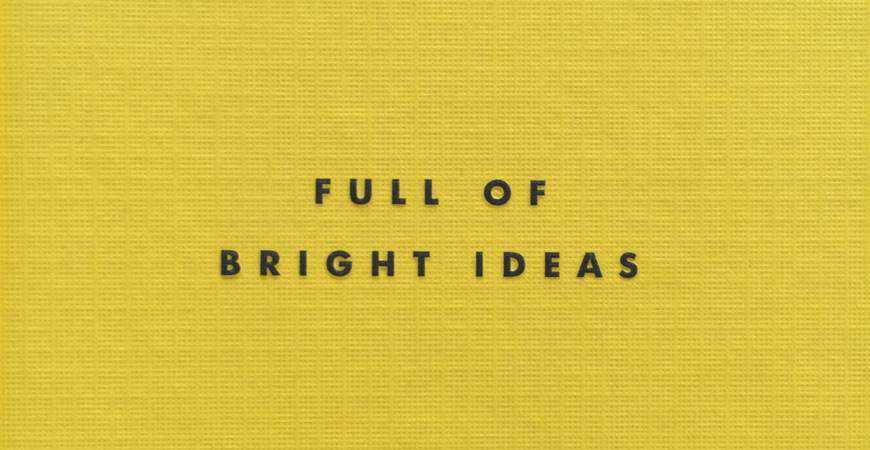 Sharing your ideas will usually foster the development of new ideas. If you’re creative, that is (which you are; why else would you be reading this?). The person you share your ideas with can give you an outside perspective and some much-needed feedback about whether your idea is actually as good as you think it is.

You can also brainstorm together with others to come up with a myriad of different ideas, each one stronger than the last.

If you only have one idea, though, that’s a bad sign. It’s important to avoid ‘one-itis’ or fixating on a single idea to the exclusion of all others. You might be completely convinced that that one, single idea is the end all, be all thing that’s going to make your career, but it probably isn’t.

Success is a culmination of the little things, the daily triumphs we make each time we complete a new project that we’re proud of. So go out there and make as much work as you can.

Provide Value to Others

When you share ideas, you help the entire design community. It’s important to give back to your fellow designers who might be struggling with the same issues you did once upon a time. I’m not saying you have to give away all of your “trade secrets” (although even that’s not as taboo as it used to be).

But talking out an idea and letting others transform it in their own unique ways can inspire you as well. You might see a completely different approach to an idea that you hadn’t considered before. 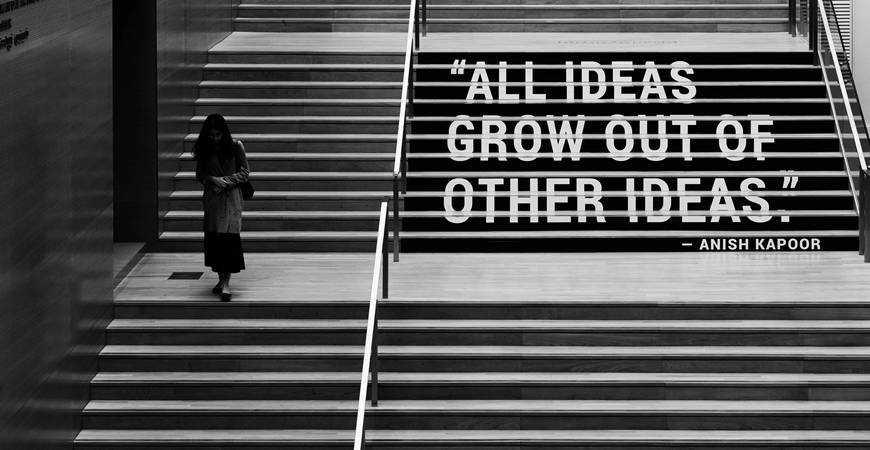 Someone Else Probably Thought of It Anyway

Exactly what it says on the tin. Ideas occur simultaneously to different people all the time, often without them even knowing it. This is why some work can look strikingly similar without the designers even having heard of each other. Great minds think alike. That’s the reason you can’t legally copyright an idea. We humans are just too similar in our thought patterns.

The key is taking an idea that other people might have already explored and doing it in your own unique way, using your experiences and skills as a designer to put an unconventional spin on it. As the saying goes, everything has been done before, but not by you.

Finally, keep in mind that ideas are rarely stolen wholesale anyway. Usually, someone takes bits and pieces of ideas from various sources (or they should, anyway). As we saw earlier, everything is a remix – not a direct copy.

Very few designers who have any pride in their abilities at all will actually want to steal your idea entirely. Those are called hacks – they’re very easy to spot, and the design community doesn’t normally tolerate them for long.