Even if you are not familiar with the term steampunk, you have doubtless been introduced to this design phenomenon through popular culture. Steampunk refers to a whimsical style that is based on imaginings of possible nineteenth-century dystopian worlds. It may sound a little complicated, but this eclectic category mixes ideas from H.G. Wells with Victorian design, themes of industrialism, post-apocalyptic visions, and chic, modern edginess.

As we demonstrate below, steampunk stylings have influenced Hollywood movies, like Sherlock Holmes or Hugo, and has also fueled a new underground of specialist artists and illustrators. We visit some of the most visually stunning steampunk web designs below:

Keith Thompson is a freelance artist that specializes in steampunk illustration. His website not only features an array of steampunk art; its design is steampunk through and through. The landing page gives visitors the feeling that they are about to open an enchanting and simultaneously disturbing new book. 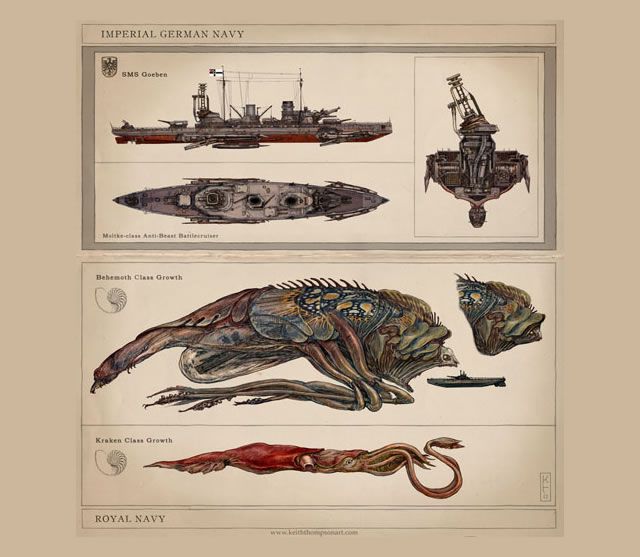 It displays many of the signature elements of steampunk design, such as Victorian scrollwork, medieval-inspired beasts, and organic elements (in the form of an intricate system of roots beneath the artist’s name). These features are juxtaposed against militaria, industrial themes, and futuristic costuming. Check out Thompson’s art and his other design work for games and illustrations while you are admiring the web design. 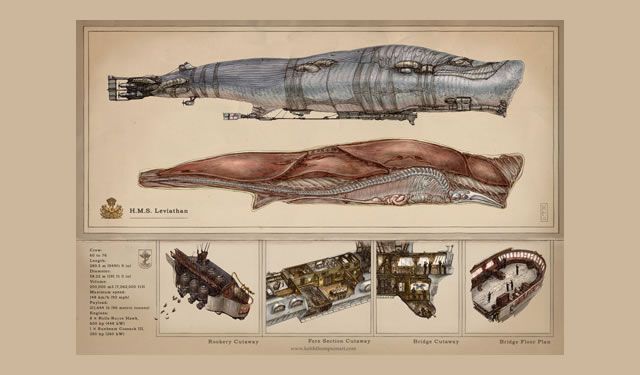 If you think that steampunk is all about artists and designers on the fringes rather than the mainstream, think again. The fascinating design qualities of the steampunk movement have allowed this style to permeate many elements of popular culture today. You cannot get much more mainstream than a major Hollywood blockbuster. 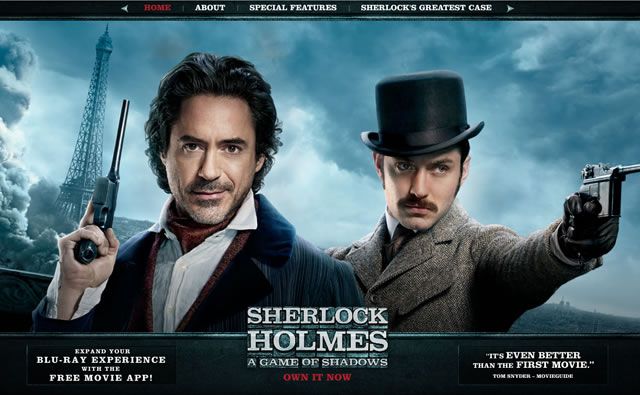 The Warner Bros. films starring Robert Downy Jr. and Jude Law have remade the original nineteenth-century Sherlock Holmes into a tech-driven enterprise. Images, video, and design elements on the website show off the obsession with invention, science, Victorian fashion, and end-of-the-world scenarios that define steampunk.

For those who have seen this Martin Scorsese film, the steampunk references will be obvious. Steampunk design often displays a fascination with gears, pulleys, and other simple machines, along with a tendency toward strange, robotic creations. 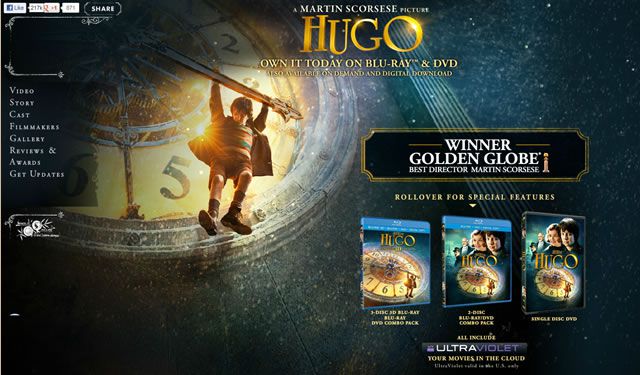 In Hugo a young boy lives inside the inner-workings of a gigantic clock in a train station. He toils throughout the film to bring an automaton, which was passed down to him from his father, to life. Mixed with the Victorian-inspired architecture and costuming in the film, these elements come together in a beautiful website that evokes steampunk style.

The Art of Daniel Dociu

Although the design of Dociu’s website is not made up of steampunk elements in itself, his grid pattern of jaw-dropping steampunk art will take your breath away. Dociu is a successful artist and illustrator, whose work features many different types of fantasy worlds, including steampunk realities. 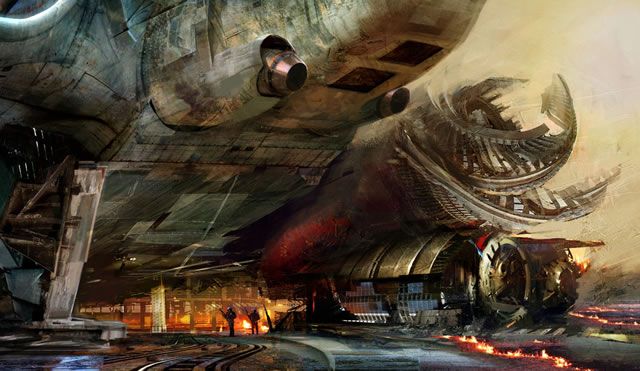 The rich color, vivid imagination, and the sheer luminosity of his paintings make his website a real treat for anyone who loves steampunk style. His steampunk-inspired fantasy paintings include elaborate, futuristic cityscapes, chimerical animals, unbelievable flying machines, and a fascination with antique mechanical elements. Did we mention that there is also an airborne gothic building?

The website of Spanish art director and illustrator Felideus will thrill any steampunk admirer. The homepage welcomes visitors with an elaborate contraption made of mismatched wooden and metal antique parts. A telescoping pipeline displays the tentacles of an undiscovered, octopus-like beast. A curious-looking creature in leather coat and aviator goggles rides about in a flying ship that is shaped like a chicken.

This level of imagination fuels all aspects of the Felideus website. Highlights include a fantasy-driven, gothic-style take on Alice in Wonderland. Another must-see element is the artist’s design for an Italian brewery’s beer label. It features a strange underwater animal with a tailfin made of an old lamp. A separate aquatic creature walks about in an H.G. Wells-inspired outfit that closely resembles an old aqualung device.

Each of these web designs uses imagination to weave together Victorian imagery that may well belong in the museum or antique store with futurist or postmodern elements. Whether they stem from a megahit movie like Sherlock Holmes or the quirky website of a freelance artist, these websites show the many ways that the steampunk style is permeating popular design around the world.