Part of my education as a graphic designer was learning about the field’s history. Before, I thought history classes were stuffy and dull. Not this class. I was floored by the bold approaches and radical experiments I saw in this “old” work. I wrote Graphic Icons: Visionaries Who Shaped Modern Graphic Design to highlight the pioneers, like Wim Crouwel, John Maeda and Milton Glaser. Each one offers lessons for today’s creatives, and provides inspiration for new ways to innovate. As part of our series profiling some of these icons, here is the third: Cipe Pineles.

Today, women make up around half of the graphic design profession. But when Cipe Pineles was looking for her first design job, prospective employers were interested in her portfolio—until they learned that the unusual first name belonged to a woman.

She eventually became an assistant to Condé Nast’s art director Mehemed Fehmy Agha in 1932, and would expand her role there over the next 15 years. Designing for magazines like Vogue and Vanity Fair, she learned all about editorial design, art direction, and European modernism. Agha pushed her to consistently outdo herself and to find inspiration in fine art. She became art director at Glamour in 1942, the first female to hold that position at a major American magazine. 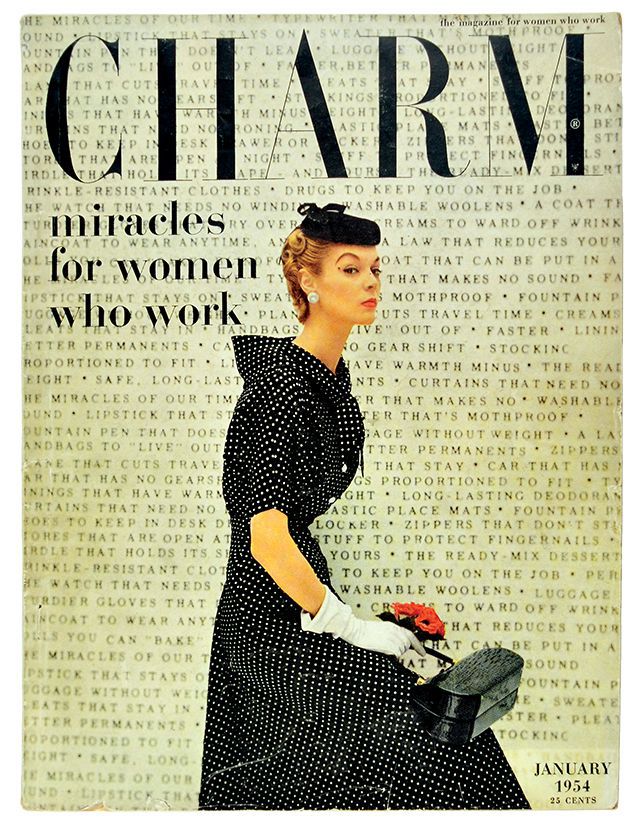 She moved on to be art director at Seventeen, a magazine for teenage girls edited by Helen Valentine. While competing titles saw young women as frivolous husband-hunters, Seventeen considered its readers smart and serious. By commissioning fine artists like Ad Reinhardt, Ben Shahn, and Andy Warhol to illustrate articles, Pineles rejected the idealized style typical of magazine illustrations at the time, and exposed her audience to modern art. As an artist herself, she was a hands-off art director. Her only request: That the artists produce illustrations that were as high in quality as their gallery work. 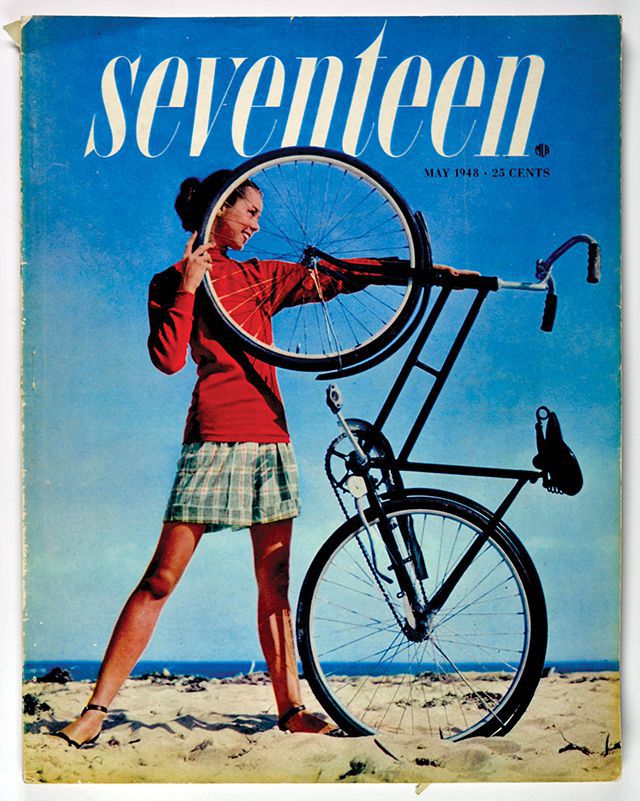 In 1950, Pineles became art director at Charm, a magazine targeting a new demographic: working women. She designed fashion spreads showing the clothes in use—at work, commuting, and running errands. “We tried to make the prosaic attractive without using the tired clichés of false glamour,” she observed in a later interview. “You might say we tried to convey the attractiveness of reality, as opposed to the glitter of a never-never land.” Her work helped to redefine the look of women’s magazines, while also furthering women’s changing roles in society. 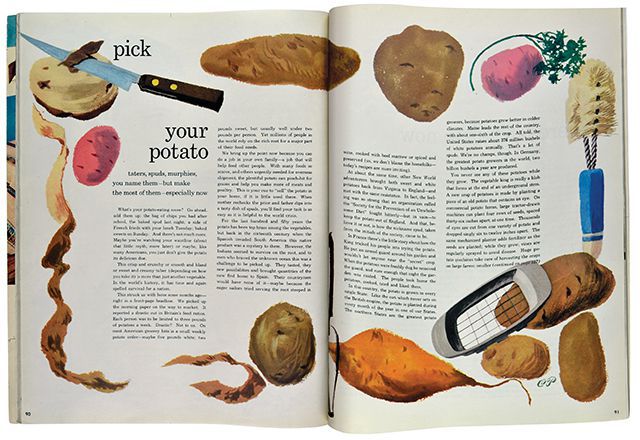 “Pick Your Potato” spread from Seventeen, illustrated by Pineles, 1948.

Beginning in 1961, Pineles worked independently for such clients as Lincoln Center for the Performing Arts. From 1962 until 1987, she taught editorial design at Parsons School of Design, and directed the design of the school’s publications. Her approach to teaching was to focus on content, not style. During a career of many firsts, Cipe Pineles led with her work and she led by example. She died in 1991. 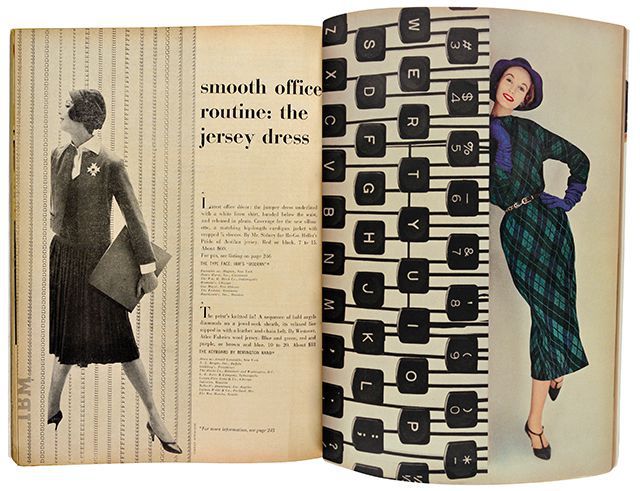