Part of my education as a graphic designer was learning about the field’s history. Before, I thought history classes were stuffy and dull. Not this class. I was floored by the bold approaches and radical experiments I saw in this “old” work. I wrote Graphic Icons: Visionaries Who Shaped Modern Graphic Design to highlight the pioneers, like Wim Crouwel, Saul Bass and Cipe Pineles. Each one offers lessons for today’s creatives, and provides inspiration for new ways to innovate. As part of our series profiling some of these icons, here is the fourth: Milton Glaser.

Studying under painter Giorgio Morandi in Italy transformed Milton Glaser’s views on design. He learned to respect the past and to draw inspiration from ideas and movements that actually came before the Bauhaus. Glaser had nothing against modernism; he just felt it had run its course for innovation and expression. Instead, he embraced historical styles, ornament, and complexity. 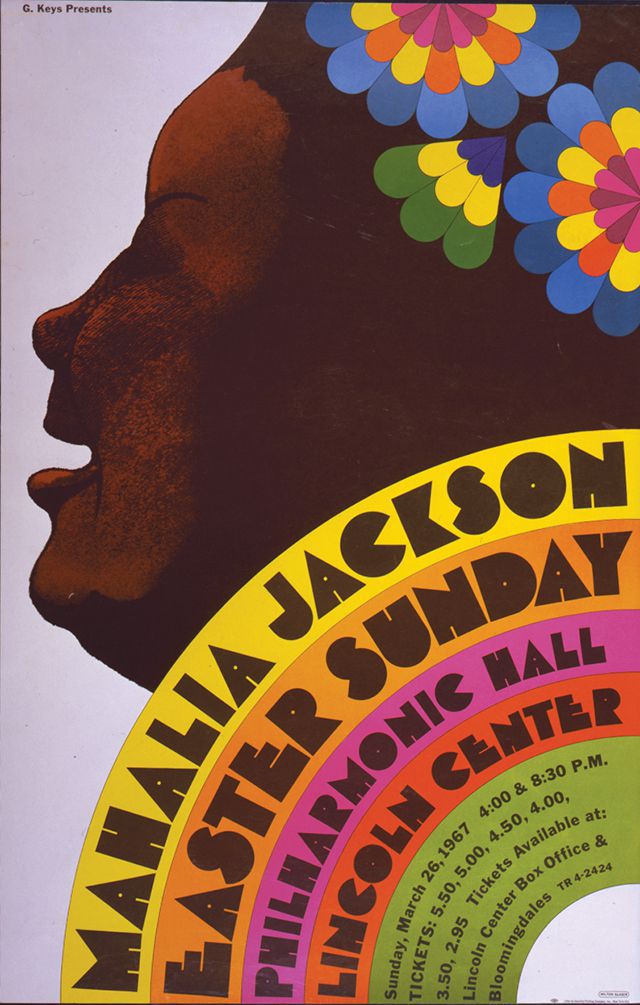 Upon his return to the United States, Glaser teamed with Seymour Chwast, Reynold Ruffins, and Edward Sorel to form Push Pin Studios, the influential collaborative famous for its eclectic illustration and storytelling. For Glaser, Push Pin was fun—a place where the Cooper Union alumni could re-create their school experience. In 1974, Glaser left to start his own studio, as he felt Push Pin was so well known that it had become a style in itself, limiting his creative potential.

In 1966, Glaser designed a poster that was included with Bob Dylan’s Greatest Hits album: a simple silhouette of the singer/songwriter’s profile, inspired by a Marcel Duchamp self-portrait, brought to life with a rainbow of curls and a custom typeface. The album sold millions of copies, making the poster one of the most widely distributed in history (though Dylan himself apparently never liked it). 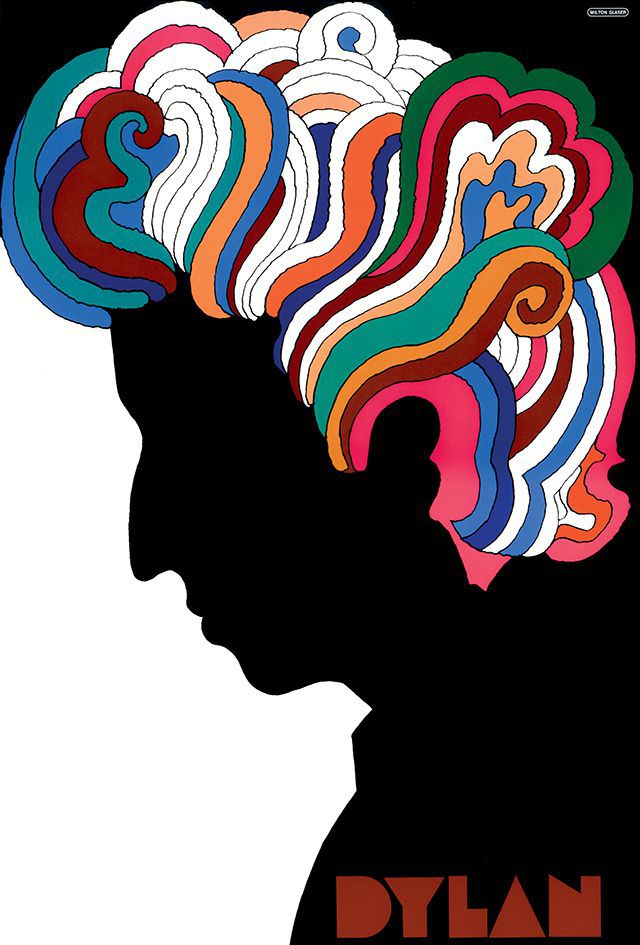 The 1970s brought financial crisis and high crime rates to New York. The state wanted to attract tourists and raise morale among residents. Glaser designed the simple I (Heart) NY logo, by now so familiar that it feels like it has always existed, pro bono. (Although he didn’t make money from it, someone did and still is — it would have cost a ridiculous amount to publish it in these pages). As someone who believes in being active in his community, Glaser has said he is proud to be part of a movement that transformed the city and state that he calls home.

One of Glaser’s many strengths is his versatility. He founded New York Magazine with journalist Clay Felker in 1968, art directing it for nine years. It became the blueprint for city magazines all over the country. To make a federal building in Indianapolis more inviting, Glaser designed Color Fuses, a mural wrapping around the building that explores the interaction of light and color. His love of food led to graphic and interior design projects for several restaurants, including Windows on the World at the World Trade Center. He has also designed packaging and store environments for supermarkets, like Grand Union, making product information clearer and helping people better navigate through the store.

His teaching and writing have contributed greatly to the field. He still works today, and credits his longevity to his love for design and the fact that he can still be astonished.