How to Handle Losing Your Motivation as a Designer

Sometimes, you just don’t want to do your work. It can be such a hassle to get up, start up the computer, fire up the software, and do what needs to be done.

You feel tired and bored, having lost sight of why you chose a career in design in the first place, and you find yourself wondering whether you should just give it all up and become a dental hygienist.

It can be really demoralizing to lose your motivation part of the way through a project, but what do you do if you absolutely have to get something done regardless of how you feel about it?

I’m going to tell you about a technique you can use when you’re feeling burnt out and you simply can’t bear to think about taking one more step to complete that big, hairy project staring you in the face.

Emotions are not permanent. Sometimes you’re exuberantly happy, and other times you’re depressed enough to cry. This is normal – it means you’re human and not a robot. Most people realize that their current emotional state won’t last forever.

However, most of us seem to conveniently forget that fact when there’s a pile of work that needs to be done, and it isn’t going to do itself. It doesn’t matter if the work is for a client or boss, or just for ourselves.

We can usually find a way to get our work done when there’s a paycheck involved, but sometimes even that isn’t motivation enough to press on.

Procrastination is a problem that affects us all, but for some people, it can be more devastating than usual. Believe it or not, people have lost their jobs, homes, and families because they couldn’t bring themselves out of the trap of procrastination. 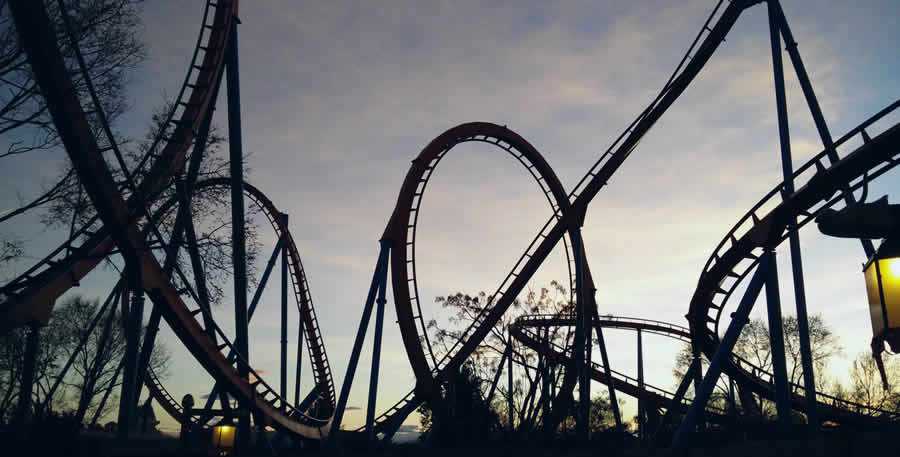 The rational side no longer has control, and the emotional side is now telling us that there’s nothing more important than catching up on our favorite show or finishing that new video game we just bought.

If this sounds painfully familiar, I have some news for you. First of all, you should realize that procrastination, despite being an annoyance and a major waste of time, is perfectly normal.

Really. You’re not some lazy freak of nature if you procrastinate now and then. There’s no real cure for procrastination, and to be honest, as a creative person, you probably wouldn’t want the cure even if there was one.

Why? Because procrastination is a major source of distraction, and distraction is what allows you to be creative in the first place.

Think about it. If your life was merely a series of tasks from your to-do list, which you did flawlessly all the time, where would you find the time to be creative?

And what are you usually doing when you’re at your most creative? Are you getting things done productively, like a good little automaton? Or are you goofing off – staring into space, doodling aimlessly, thinking about crazy, abstract things that have nothing to do with the task at hand? If you’re anything like me, the answer is almost always the latter.

The problem comes when your procrastination lasts longer than the period it’s required to be useful. If you find yourself avoiding your work for no other reason than you’re just not motivated to do it, there are a few things you can do to get yourself back on track and complete the work that needs to be completed.

First of all, it’s important to understand the nature of human emotion. Don’t worry – this isn’t some esoteric psychology lesson.

It’s actually quite simple: there’s no way you can maintain the same level of enthusiasm for the entire duration of a long-term project. It’s just not possible. Your brain will eventually run out of energy, and you’ll find yourself exhausted and demotivated.

This is normal. And like procrastination, there’s nothing you can do about it. What you can do, however, is something that many people refuse to do: accept that it’s normal and that you can’t do anything about it. 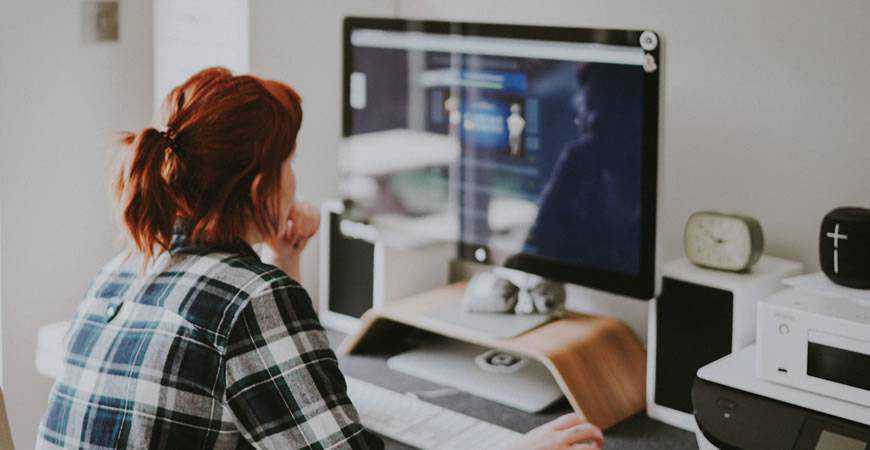 Once you accept that something is inevitable, you’ll be much better prepared to deal with it when it happens.

If you’ve ever lost a loved one to a long illness, you’ll probably recall how, after a certain period, they will begin to make preparations for their own passing. They’ll update their will, and set everything in order for the day when they’ll no longer be around. There’s nothing they can do to stop what’s coming, but they can accept it and make things go that much smoother.

And if a terminally ill person can accept their own mortality, you can certainly accept that you’ll have to continue working regardless of how you feel about it at any given time.

In order to continue working on a project once you’re past that stage of initial enthusiasm, you have to prepare yourself ahead of time to deal with your fluctuating emotions.

It’s important to realize that you won’t always be at the same level of excitement, and that that’s perfectly okay. That way, when you lose steam halfway through, you’ll have a system in place to deal with it and you won’t be completely lost and frustrated.

A lot of people say things like, “it’s not the destination that matters, but the journey.” After you get through wanting to punch those people in the face, take a moment and really think about what they’re saying. If you’re too focused on your goal, you won’t even notice when your enthusiasm runs out and you’re no longer able to rely on it for motivation.

Many times, we lose motivation to work on a project because we just aren’t seeing the results we thought we would in the allotted time period.

If you took on a few freelancing jobs in hopes of saving up enough money to take that trip around the world you’ve been wanting to take, or even to just pay some of your bills that have been piling up, and you haven’t gotten as many clients as you hoped you would, you can easily become discouraged.

If no amount of marketing or niching down your target client base has been showing results, perhaps it’s time to reevaluate the amount of time you’ve given yourself to reach your goals.

Are you expecting to double your income through freelancing within six months? If so, you might want to sit down, because I have some bad news for you. Building a successful freelance career takes time – time that you might not have given yourself in the beginning.

Use your “downtime” of minimal motivation to reassess your goals and create a more realistic scenario. When you’re feeling defeated, it can be much easier to accept that your goals will take you longer than you thought.

Why? Because you give your brain hope that they can eventually be reached, rather than thinking that everything is doomed and you’ll never be successful.

If you’ve been successful at completing projects before, you might recall that, though you can laugh and joke about it all now, you probably experienced feelings of doubt and anxiety about the success of your project.

Doubt is one of the biggest killers of motivation, because it robs you of the confidence needed to complete any task.

Even if you’ve planned your goals carefully and rationally, and you haven’t miscalculated anything in terms of time or effort required, if you feel you’re still not getting the results you were hoping for, you can start to lose your enthusiasm.

You may feel as though you’ll never reach your goals… until you do reach them. Then, you become totally confident again and nothing can stop you. Right? 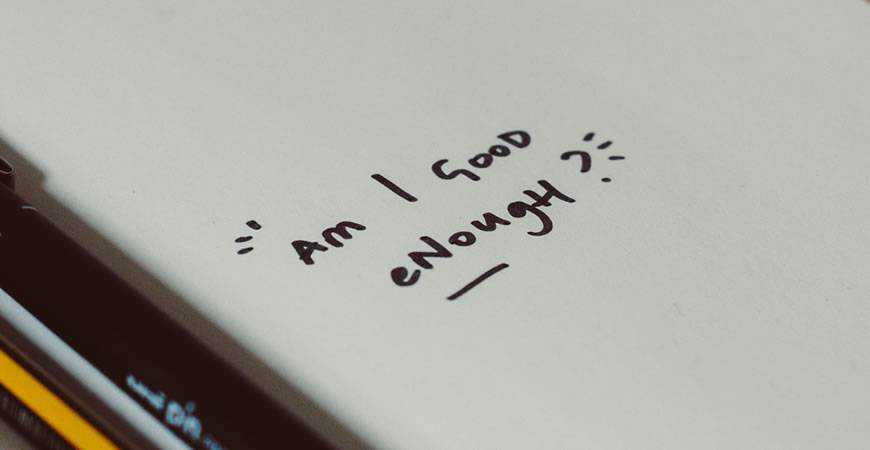 Well, sometimes. I don’t know about you, but even when I’ve been successful with a project, I’ll still get a nagging feeling that I just haven’t done enough to secure my success. If you experience anxiety about succeeding, you can feel as if you’re a fraud, hiding behind a curtain of false confidence like the Wizard of Oz.

The good thing about these feelings is that they’re usually temporary. Most people have them, and they’ll eventually go away after a while. If you began your project for the right reasons, those reasons will always guide you through the wilderness, and you’ll eventually meet back up with your confidence.

Creative people are natural-born risk-takers. Everything we do – from finding freelance clients to generating valuable work those clients will love – involves a risk of some sort.

Even if the only risk is you feeling demotivated or unenthusiastic from time to time, it can still prove too much for you to handle. But imagine how our lives would be if nothing involved any kind of risk. If everything you touched turned to gold and you could never fail, ever.