Get into the Halloween Spirit with These Spooky Snippets

In recent years, Halloween has changed. What used to be an occasion for kids to score some sweet treats has become a big playground for adults, too. It’s not hard to spot those who feel the spirits – they’re usually the ones who have turned their home into a haunted house.

And web designers aren’t immune from Halloween fever. Indeed, some are decorating the web much like they do their front yards.

That presents us with the perfect opportunity to review some creative examples of how you can turn the latest web technologies into something scary. So, turn the lights down and prepare yourself for some Halloween fun – web designer style! 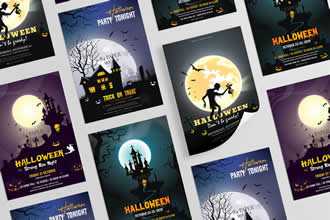 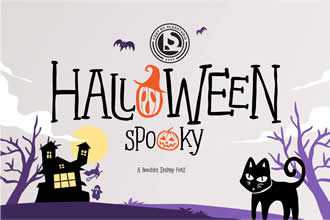 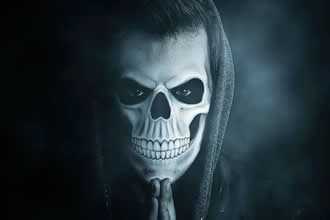 Beware of The Hockey Mask by Kevin Lehtla

Nothing quite says Halloween like a tribute to a scary movie. This hockey mask is an instantly-recognizable symbol of the Friday the 13th franchise. Notice the subtle red fill animation underneath the mask. That’s no Kool-Aid, kid.

A Friendly Ghost by Anthony Simone

Did you know that some ghosts are more afraid of you than you are of them? Seriously. Check out this shy-yet-smiling ghost, who disappears into a black hole when you hover over him. Thankfully, he reappears elsewhere on the screen just a few seconds later. After all, we mean no harm.

We’ve seen a lot of cool toggle switches. But we’ve not seen one that toggles from a Jack-O-Lantern to a vampire (most likely because we don’t need one). But here, the theme fits.

This snippet is not “officially” Halloween-themed, but it sure looks scary. It sports an x-ray style moving background that utilizes Three.js. Move your mouse over an area and it lights up, much like a flashlight beam in the dark. Even more creepy is that everything reacts to your clicks. No, we’re not scared – you are!

Where’d I Put My Head? by Sarah Drasner

There’s nothing quite like a Headless Horseman to get you thinking about Halloween. This gorgeous rendition features the famous “The Legend of Sleepy Hollow” character riding about in a darkened forest. The level of detail here is just stunning.

Better Than the Neighbor’s Yard by Amanda Ashley

As we mentioned earlier, some people really go all-out on the decorations this time of year. This animated example, which uses GSAP, puts them all to shame. A house just doesn’t get more haunted than this.

Make it Your Own by Mike White

One of the true joys of childhood is carving your very own pumpkin. It’s one of the few times you get to make a mess without consequences. But we’re older now, so no more messes. Instead, we can enjoy creating something scary with this drag-and-drop pumpkin. Much cleaner!

Nightmare on My Street by kittons

You want something really scary? Then feast your eyes on every developer’s worst nightmare. The sad thing is that this can happen all year round – not just Halloween.

All Hallows’ Eve on the Web

Halloween has indeed invaded the web. In fact, it was difficult to narrow down the snippets above to just a chosen few. Designers, like seemingly everyone else, can’t get enough of the scary stuff.

May these creepy-crawly examples inspire you to turn your own website into the devil’s playground. At least, for one night.