The UX Design Trends to Watch out for in 2018

There’s no such thing as “too early” in web design. By the time you implement the user experience (UX) design trends of today, the industry is already looking to tomorrow.

The secret to staying on top in a constantly evolving business is to keep your eye on the foreseeable future. The more prepared you are for the future of UX design, the easier you can pick and choose the trends you want to act upon and which you want to ignore. Based on predictions from experts around the web, here are the most notable UX trends to watch for as we approach 2018.

The movement toward geometric lines and patterns began in 2016 and picked up steam this year. By next year, visual designers are predicting we’ll see more geometric shapes grace the pages of websites. Using mixed simple shapes and interesting patterns will become a trend just as flat design has been the go-to for the last few years. 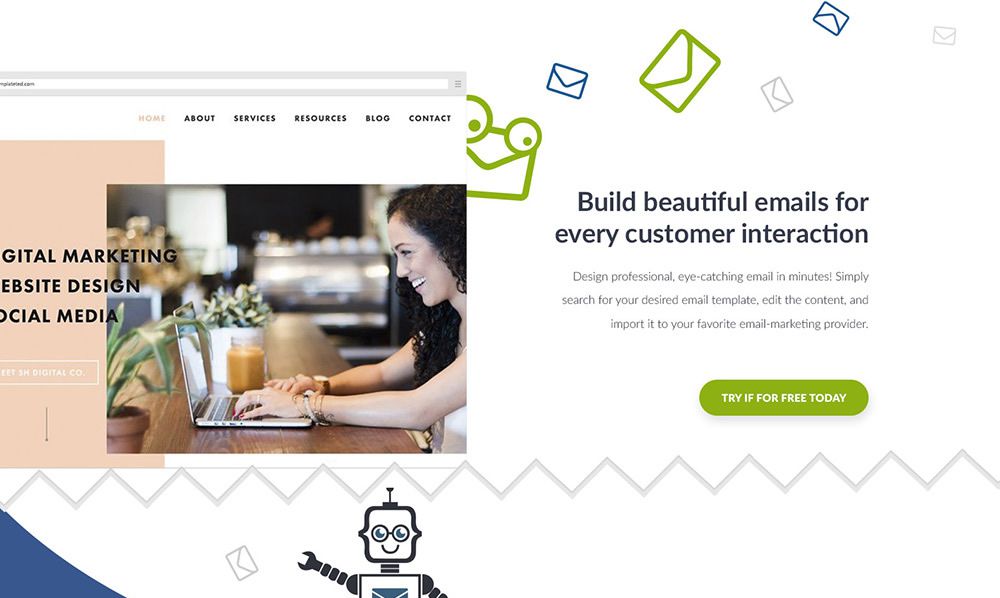 A recent report by the Nielsen Norman Group says that flat user interfaces (UIs) are beginning to lose their luster due to users finding them confusing and counterintuitive. Flat UIs often use weak signifiers, or the cues users rely on to know where to click.

Weak signifiers in ultra-minimal flat designs have gone from trendy to irritating to users who don’t want to expend the extra effort on searching for them. Bold geometric shapes might be one of the elements replacing flat design in 2018.

In the past, splitting the screen of a webpage was a major design faux pas. Dividing the screen vertically eliminates the typical hierarchy of headers on the interface. Instead of eyes going from top to bottom (with the most important information in the H1 header) on the page, users aren’t sure where to look.

Today, however, one screen, two messages is a growing design trend. More sites are juxtaposing two vertical panels with two different messages side by side. 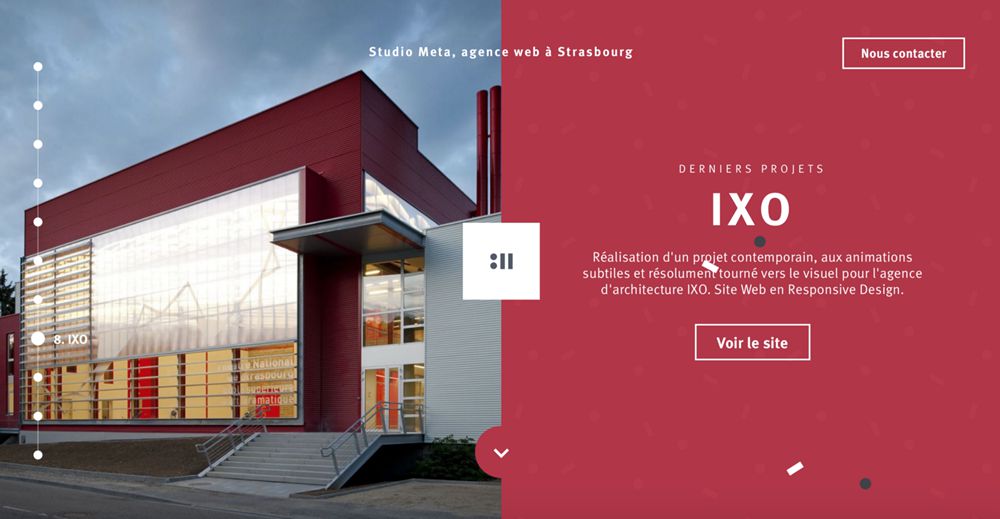 A powerful combination of colorful image and content located side-by-side.

A split screen is just unique enough to grab attention, without being so alien as to cause confusion. Splitting the screen offers advantages such as being different from the competition, the ability to play with contrasting themes and colors, and drawing the user’s attention to a specific part of the page.

For mobile-friendly split screens, stack the panels horizontally instead of vertically. Split the screen with an image on one side and text on the other, two different clickable navigation options, two images, animations or any other combination you can think up.

Imagery will still be at the top of rising trends in 2018, with new and exciting ways to incorporate images on a website. One such way that has gained traction is the cinemagraph.

A cinemagraph is a combination between a video and a photograph. It uses a high-quality photograph with looping video reel to create the illusion that the photograph is moving. Cinemagraphs aren’t static like photos, but they don’t take up a lot of room or demand attention like videos. They are an elegant in-between that serves many websites well.

Website designers can use customized cinemagraphs to draw attention, create a relaxing feel, or produce an emotive effect on the user. There is something slightly hypnotic about staring at a cinemagraph – it pulls the eyes toward the movement without being interruptive.

Visual designers can use this to their advantage by making cinemagraphs that advertise a product or set the tone for the website.

Material Design Lite (MDL) is a type of site layout that originated from the design of the Google Android’s interface. Google based MDL off traditional Material Design, which blends paper and ink with digital capabilities and technologies.

Material Design elements use bold colors, simple geometric shapes, and print-based designs. MDL is the next phase of Material Design. MDL focuses on creating a unified user experience across devices and platforms. Expect to see more sites making use of MDL or Android-style design elements as a simple design concept that prioritizes usability.

The Era of Brutalism

Brutalism is the antithesis of minimalism in web design. As the name applies, a brutalism website is raw, ragged, and rough.

Why would anyone want these adjectives to describe their website, you may ask? In a nutshell, for the publicity. Sites that obey the rules of brutalism run the risk of others calling their websites ugly or confusing, but it might be worth considering.

They run this risk because it will catch attention. While brutalism certainly won’t be for everyone in 2018, it is an intriguing UX design trend you may encounter more often in response to minimalist designs.

Brutalism is most appropriate for sites that are targeting the younger generation. It uses elements such as a lack of design tricks, stark background, monospaced typography, lack of white space, visual mistakes, no true color palette, lack of symmetry, and other “bad” designs as almost a rebellion against the light, clean, and optimistic websites of modern design.

Back in 2016, brutalism was a topic of conversation as a new design trend that could result in better conversions. Despite being ugly to some, brutalism sites tend to load more quickly and have easier navigation elements and fewer distractions than other sites.

Earlier in the year, Google began to penalize websites that used interruptive interstitials to advertise to users, mobile sites that have difficult-to-access content because of pop-up ads or call-to-action boxes that interrupt the user experience.

This action by Google came after years of consumers complaining about interruptive interstitials lessening the web browsing experience. Today, website designers must use other advertising and marketing techniques to capture attention without negatively impacting UX. One such trend is native advertising. 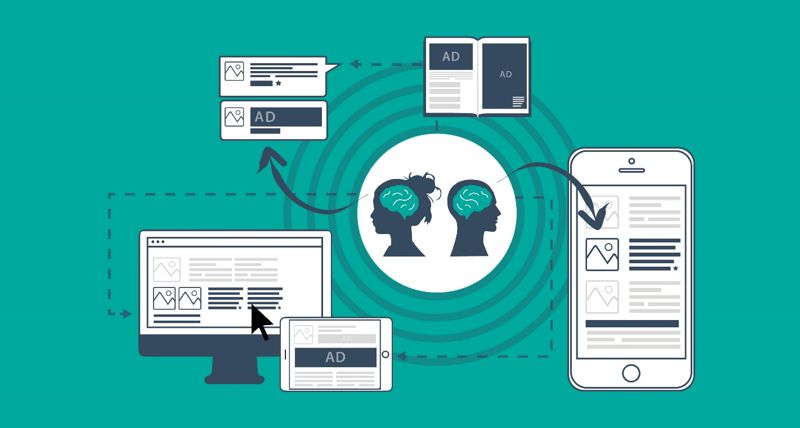 Native advertising is a form of digital advertising that blends with the form and function of the webpage on which it appears. Instead of standing out or being interruptive, native advertising appears coherent with other content on the page.

Use native advertising by taking out aggressive CTAs, matching the style of the desired webpage, and generating brand awareness by including the name of the advertised company, product, or service.

Siri, Alexa, and Cortana are the rising stars of digital design. These applications have gotten the public hooked on voice commands and voice UX.

Voice-user interface can make website browsing easier and more convenient. It may also make a user feel closer to the site and/or brand, just as many have grown fond of “talking” with chatbots like Siri and Alexa.

Implementing voice interfaces doesn’t have to be difficult – Amazon and Google offer templates, code, and guides to help even non-developers build voice applications. Capitalize on this trend by developing a voice-compatible app or website that improves the user experience. 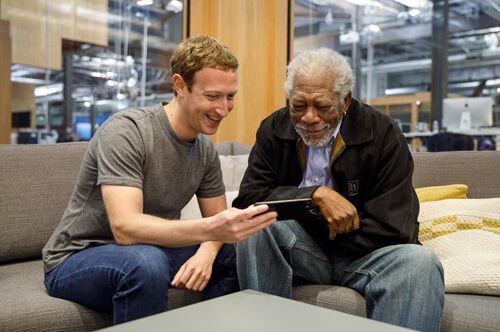 UX design trends are ever-changing and evolving. New solutions to old problems come out every day, with more problems arising just as quickly. Sites need to be timeless yet unique, tasteful but trendy.

If this sounds like a tall glass to fill, don’t worry – simply being aware of upcoming design trends can help you prepare to implement the latest design techniques in the future. Become more dynamic as a developer by keeping up with industry predictions in 2018 and beyond.