Don’t be alarmed – but it’s been said that the internet contains some misinformation. It’s also really effective at spreading various falsehoods. And because anyone can publish whatever they like, it can be difficult to tell fiction from the truth. Shocking, right?

WordPress is no stranger to various myths and conspiracy theories. Some people are suspicious of big changes to the content management system’s (CMS) core. And others simply have misconceptions about the ecosystem, community and the overall picture of how things work.

It’s time to set the record straight. Today, we’ll take a look at some of the most common myths floating around in the world of WordPress and attempt to uncover the truth. What will we find? Keep reading to find out!

Myth #1: WordPress Is Slow and Insecure

Let’s start with the double-whammy of performance and security. Social media clickbait often portrays WordPress as seriously lacking in both of these key areas.

The problem with this narrative is that it treats WordPress as a one-size-fits-all CMS. The fact is that, while a stock installation is universal, we rarely leave it that way.

There are so many ways to customize WordPress. For starters, third-party plugins and themes are a huge part of the experience. And seasoned developers may well craft their own. In addition, the CMS can be hosted in any number of different server environments.

Each one of these factors into both security and performance. For instance, equip your website with a bloated theme or buggy plugin and you open yourself up to potential issues. Opting for cheap web hosting can do the same.

Beyond that, WordPress is also incredibly popular. Thus, it has a target on its back from bots and other nasties. Much like hackers write viruses targeting the Windows operating system over others, they aim for WordPress as well. The bigger you are, the more they come after you.

The WordPress project is open-source and has a large number of volunteers who dedicate themselves to, among other things, performance and security. That’s not to say that there’s never a bug or security flaw – but the core software is quite well-maintained.

That said, WordPress by itself is neither particularly slow nor insecure. It’s what we add on to it after-the-fact that can lead to the biggest problems.

There’s long been a misunderstanding regarding the “ownership” of WordPress. At least some of this is due to some self-inflicted branding confusion and a few blurred lines.

It’s true that Matt Mullenweg co-founded WordPress way back in 2003. This is the free, open-source project that can be downloaded by anyone and installed just about anywhere. It’s commonly referred to as “.ORG”, an homage to the project’s domain name.

Mullenweg is still very much active in the project. You’ll see his name pop up as a core contributor for various releases and he often takes part in community discussion. He also works with others in determining the software’s roadmap for future development as well. He does not, however, own the project itself. That is in the hands of the non-profit WordPress Foundation (which Mullenweg founded, by the way).

Now here’s the part that may confuse you. The similarly-named WordPress.com (“.COM”) is a place where you can host a blog for free or buy various levels of hosting. This is in fact owned by Mullenweg’s company, Automattic. And yes, it does run WordPress software.

If you’re curious as to the differences between WordPress.org and WordPress.com, there’s a handy guide to help you sort things out.

So, while Automattic (and thus, Mullenweg) are major contributors to the project, they do not own WordPress itself.

Clear enough? No? It’s best to not try and unravel it all at once.

Myth #3: WordPress Websites Are Too Cheap/Expensive

A bit of crowdsourcing brought this juxtaposition to the forefront. It’s a great example of how varied the perceptions of WordPress can be.

The reality is that WordPress can be either of these things or none at all. So much depends on how web designers choose to market and sell services. Then there is also the matter of how much a specific client is willing to pay. Oh, and project requirements have a good bit of say as well.

WordPress itself is free. And you can certainly grab a free theme, then sprinkle in any number of free plugins. It’s entirely possible to build a website for nothing (or next to it).

On the other hand, you could build your own custom theme that does exactly what you need. Then, invest in some high-end commercial plugins that provide crucial functionality. To top it off, add in some enterprise-grade web hosting. The costs will add up.

WordPress can be made to do as much or as little as you like. A web professional can utilize it to create a massive corporate hub or a simple landing page. There is no single way to do things. Therefore, you can’t really peg WordPress as singularly cheap or expensive. It’s all about what you do with it.

Back in its early days, WordPress was purely a blogging platform. And, despite a whole lot of evolutionary changes since, some people still associate it with this purpose.

Running a super-cool blog is only the start of what a modern WordPress website is capable of. You can leverage the software to serve just about any purpose.

We could go on and on. The point is that WordPress can be used for virtually any type of website – large, small or in-between.

Now, whether one personally thinks that WordPress is the best tool for a particular use case is up for debate. Everyone has their own preferences. But to say that it’s just a blogging platform is myth.

When it comes to WordPress maintenance, there are two separate entities to consider:

WordPress core generally releases a few major updates per year. 2019 and 2020 saw three such releases each. Beyond that, there several minor releases (which update automatically) that patch security holes and squash bugs. Consider core updates as a baseline for maintaining your website.

Third-party plugins and themes are a whole different animal. The number of updates (or lack thereof) is up to each developer. Some larger plugins may push updates every few weeks. Others might not see a change for a year or more.

In theory, the more third-party resources you add to your website, the more there is to maintain. But it goes a bit deeper than that.

So much depends upon the types of themes and plugins you’re implementing. A plugin that powers crucial functionality and has a large user base (such as WooCommerce) is going require a bit more maintenance. The same can be said for a theme that uses a lot of advanced JavaScript libraries and custom features.

That said, every CMS requires some form of maintenance. This is a positive in that we want to make sure everything is as functional and secure as possible. Can something go wrong? Yes. However, applying updates is still vital.

Maintenance needs can be cut quite a bit by eliminating unnecessary plugins. This will not only save you time, but also help you avoid software conflicts as well. Short of that, there’s an auto update feature that can do a lot of the hard work for you.

WordPress Is What You Make It

When going through these myths and misconceptions, it becomes clear that the WordPress experience is different for everyone. Whether you’ve used it to build hundreds of unique websites or played around with a single blog – we all have a story.

Those stories ultimately shape our perception of what the CMS can and can’t do. Even some confusion over the separation between WordPress.org and WordPress.com can lead us to assumptions about who’s in charge and what is possible.

The bottom line is that WordPress really is ours to bend and shape. Use it to build something big or small, cheap or expensive. Install enough plugins to keep maintenance needs high or go completely barebones. Customize it to your heart’s content. It’s your choice.

There is almost endless flexibility. That’s what has led so many of us to choose WordPress. Just know that, whatever it means to you, there are other perspectives out there worth considering. 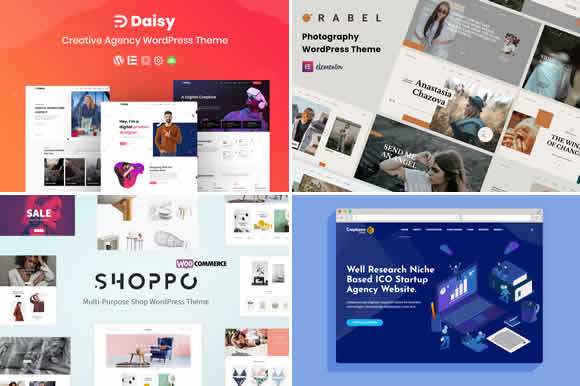