Definition, Usage and Popularity of Infographics

In the first quarter of 2011, 99.6 million smartphones were sold and sales of smartphones are expected to rise by 105 percent in 2014 compared with 2010. Facebook has added 45 million mobile users in the last six months and Foursquare reported 380 million check-ins in 2010. However, Facebook has 30 million users of its Places feature while Foursquare only has 4.6 million users.

Did all those numbers make your head spin? Oh, if only there was a better way to get across this information! Oh, wait. There is. Behold, the infographic!

Read that first paragraph once more. Then check this out (click for full size): 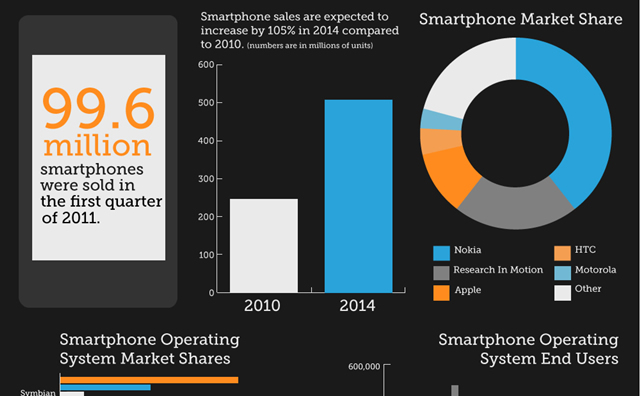 A very basic definition of the infographic is just two words: visual communication. If part of an article or blog post contains numbers, dates, locations, measurements or comparisons, it probably could be taken out of the written word and reformatted into an infographic.

There are many different types of infographics and they all have different uses.

Pie charts describe pieces of a whole while bar charts compare two or more different items with each other.

The infographic became popular in the early 1990s when news organizations began putting a stress on visual communication. Surveys showed that people had small attention spans and were spending less and less time with the written word. Those same surveys showed that those people were spending more time with visual aspects of the products. Infographics became an alternative way to tell a story.

As technology evolved, so did the infographic. Social media has progressed the use of infographics in a variety of ways. Social networks like Facebook and Foursquare integrate infographics into their own sites and mobile applications with icons, polls, quizzes and maps.

Some successful infographics tell a story with a quick glance or read. When the Boston Bruins won the Stanley Cup, news and sports organizations reported that the team ran up a $156,679.74 bar tab during their victory celebration. As shocking as that number might seem, this infographic showing the amount and types of alcohol consumed paints a bigger picture: 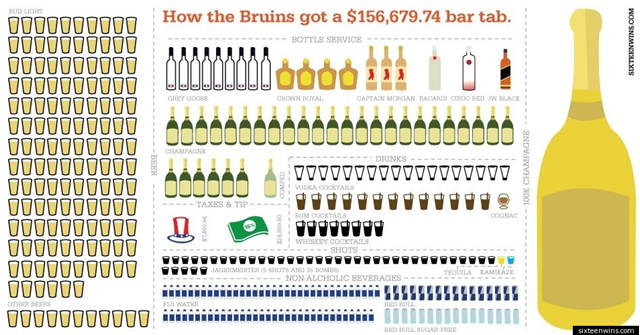 Whether you knew the dollar amount or not, this is eye-opening. It makes you wonder how many of them ended up praying to the porcelain god the next day.

Other successful infographics can be a bit more complicated and are designed to make the “reader” think and spend more time with it. This is a complex infographic comparing the use of social media distribution networks in relation to business objectives and prospect goals. While more complex than the infographic showing the Bruins’ alcohol consumption, this was the perfect way to present this information. Can you imagine typing this up and delivering it in the written word? It would be unreadable.

Information does not have to complicated to be formatted into an infographic. In this example about the cost of weddings, the creator recognized that the information would be better read if it was presented visually: Wedding Guest Costs. 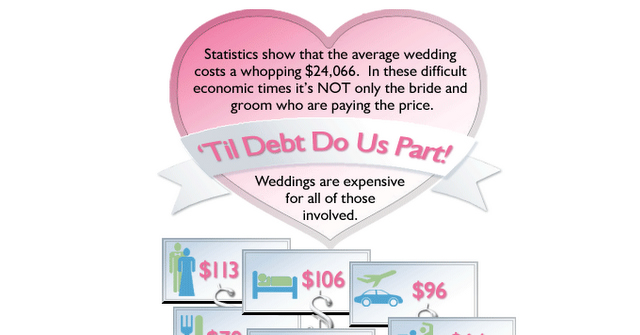 You do not need to be a graphic artist to organize information into an infographic either. In this timeline describing the history of social media, the creator used mostly words to tell the story: 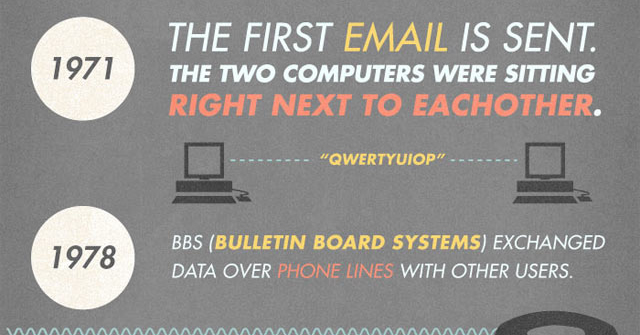 Notice that the creator used typography and colors to point out to the “reader” what information was most important.

When planning the creation of an infographic, try to visualize it first for yourself by determining the content you are trying to communicate and how it would best be communicated. Sketch the entire concept out on a piece of paper before you attack it on the computer. Use bright colors and different font sizes and styles to emphasize the most important information within the infographic. Utilize charts, maps and timelines when relevant to the content. Consider the use of icons or other visual images to complement the content. Most importantly, make sure you are telling a story visually.