Architect and artist Federico Babina believes that the architecture of a country plays a big part in its culture. His recent illustration series, entitled ‘Archimachine‘, perfectly depicts this sentiment. Federico has created 17 visually stunning illustrated architectural machine representations of countries from around the world.

The mechanical components of these machines are represented by examples of that particular country’s architecture, and thus depicts how architecture has become the driving force in a society. According to Babina, “Archimachine” is a metaphor for how architecture plays a pivotal role in developing a society’s culture and governing its functionality, “We make our buildings and afterwards they make us.” 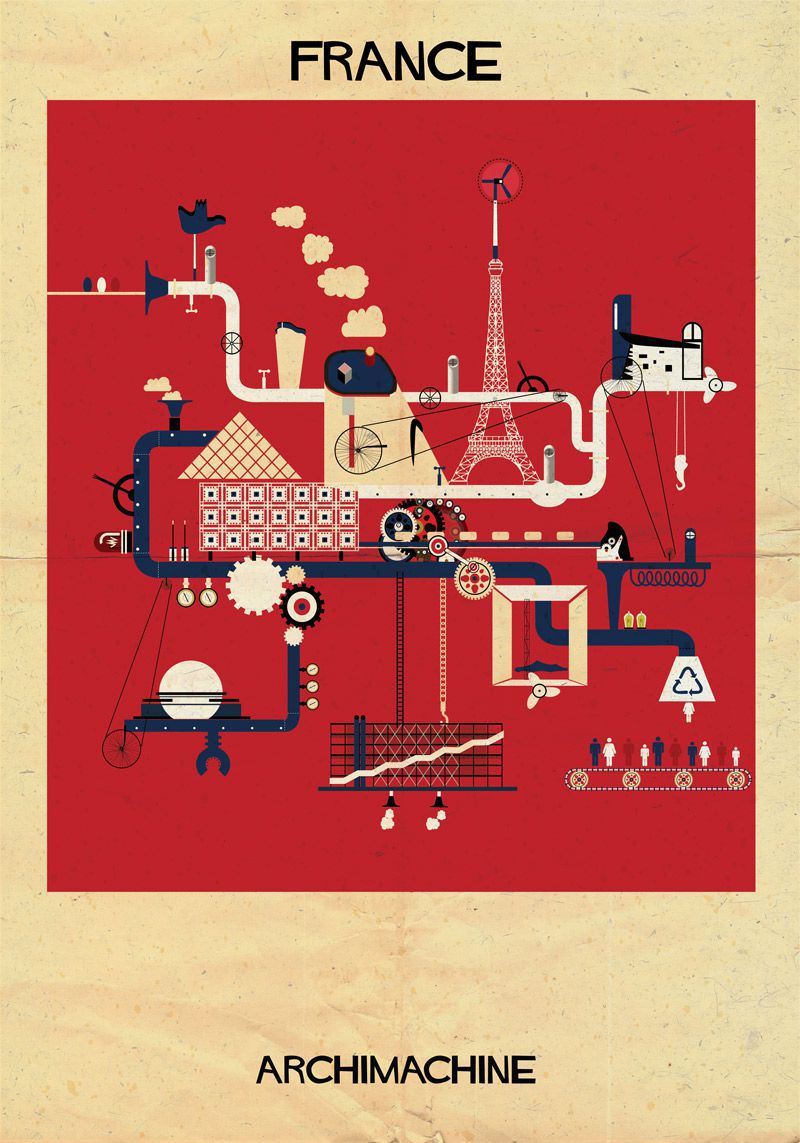 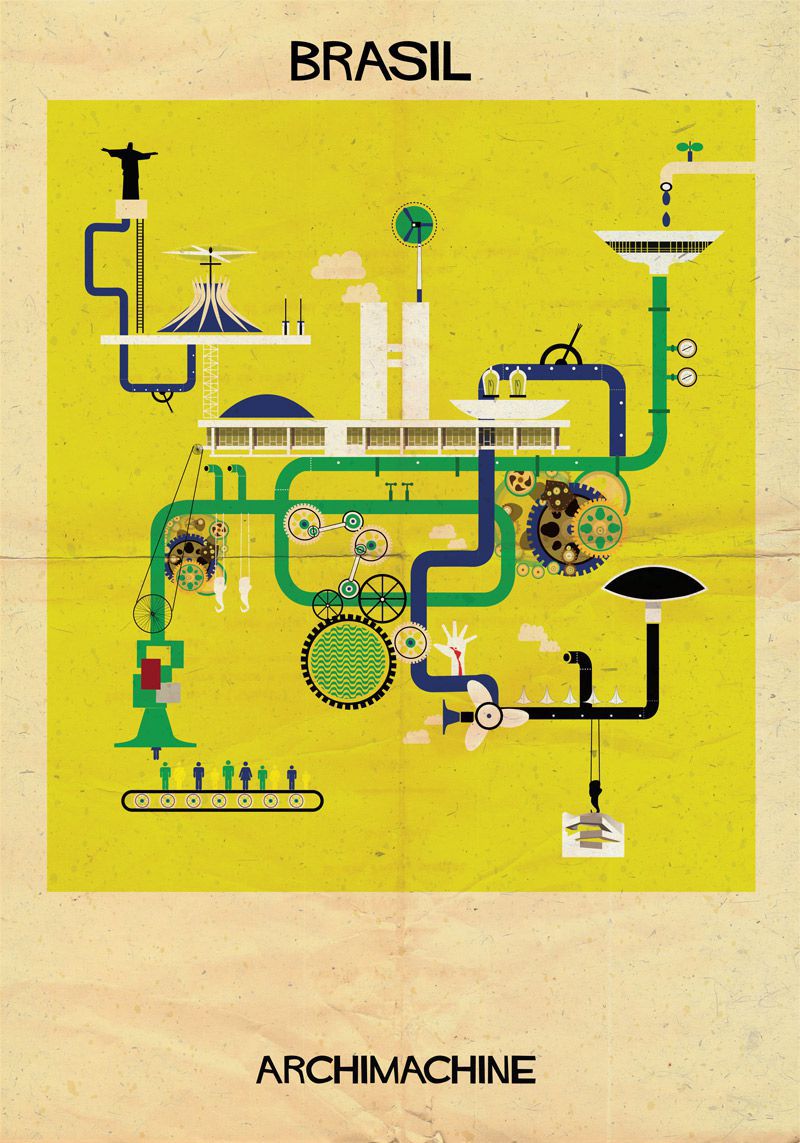 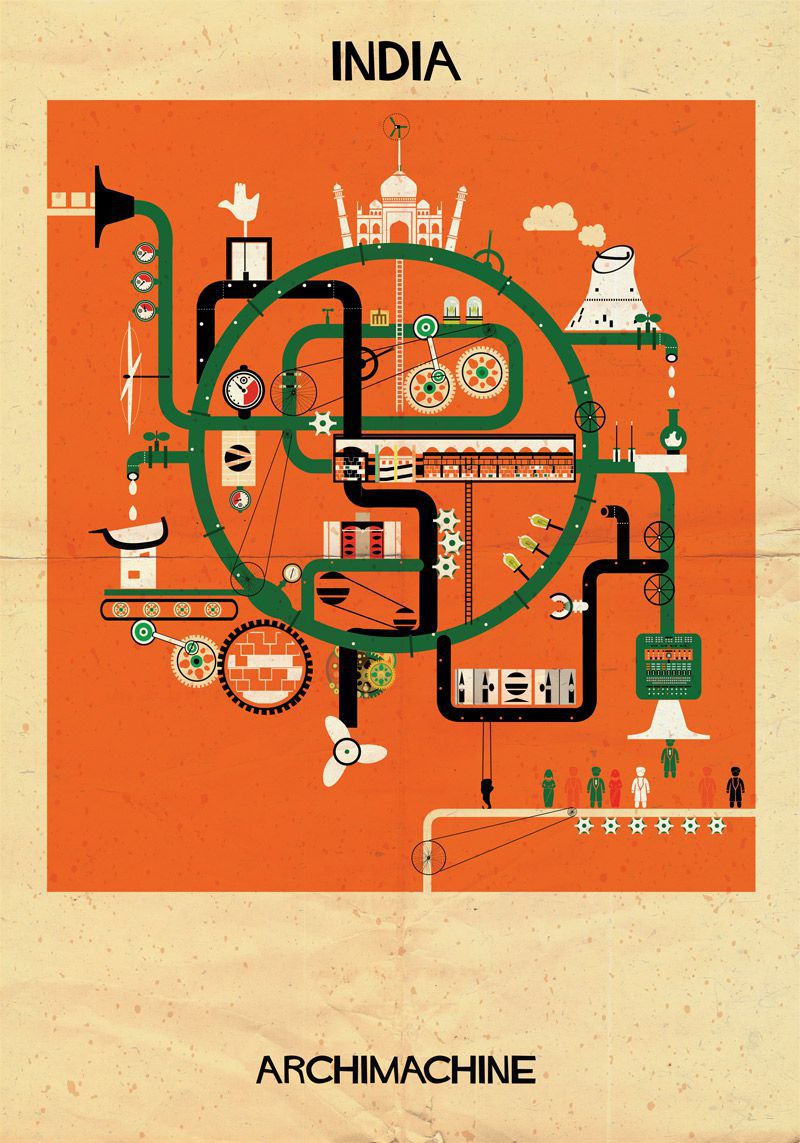 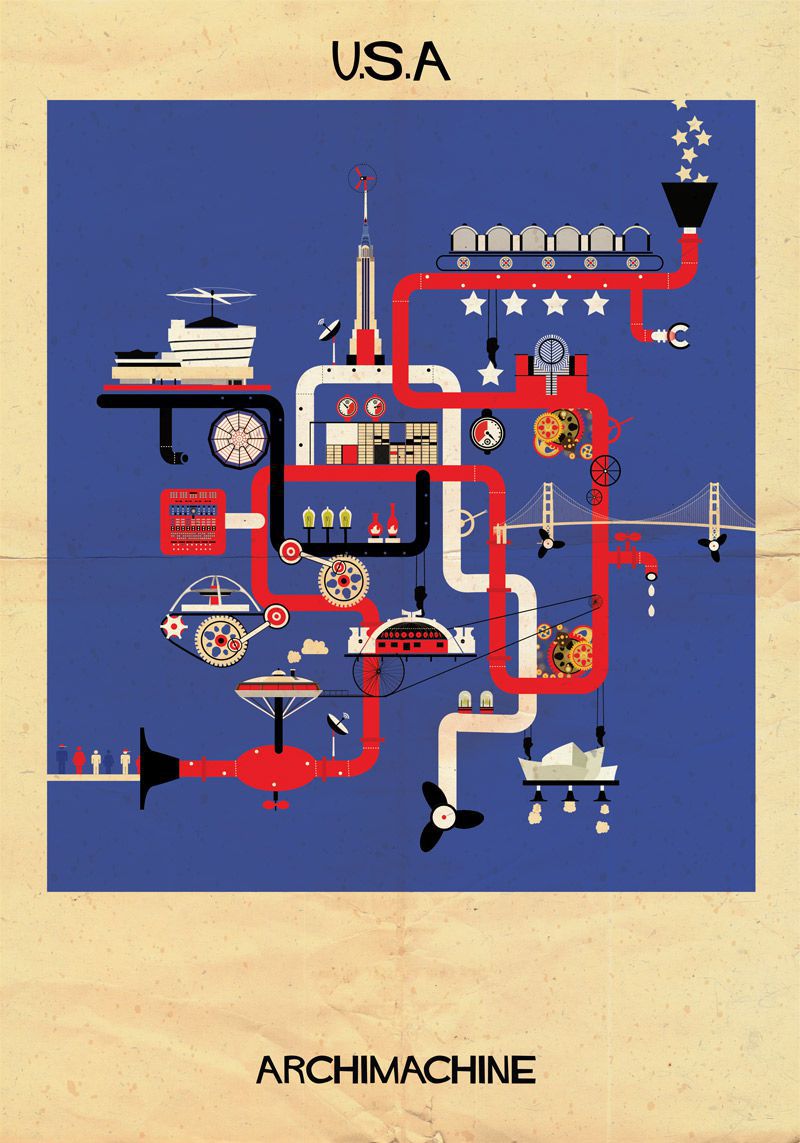 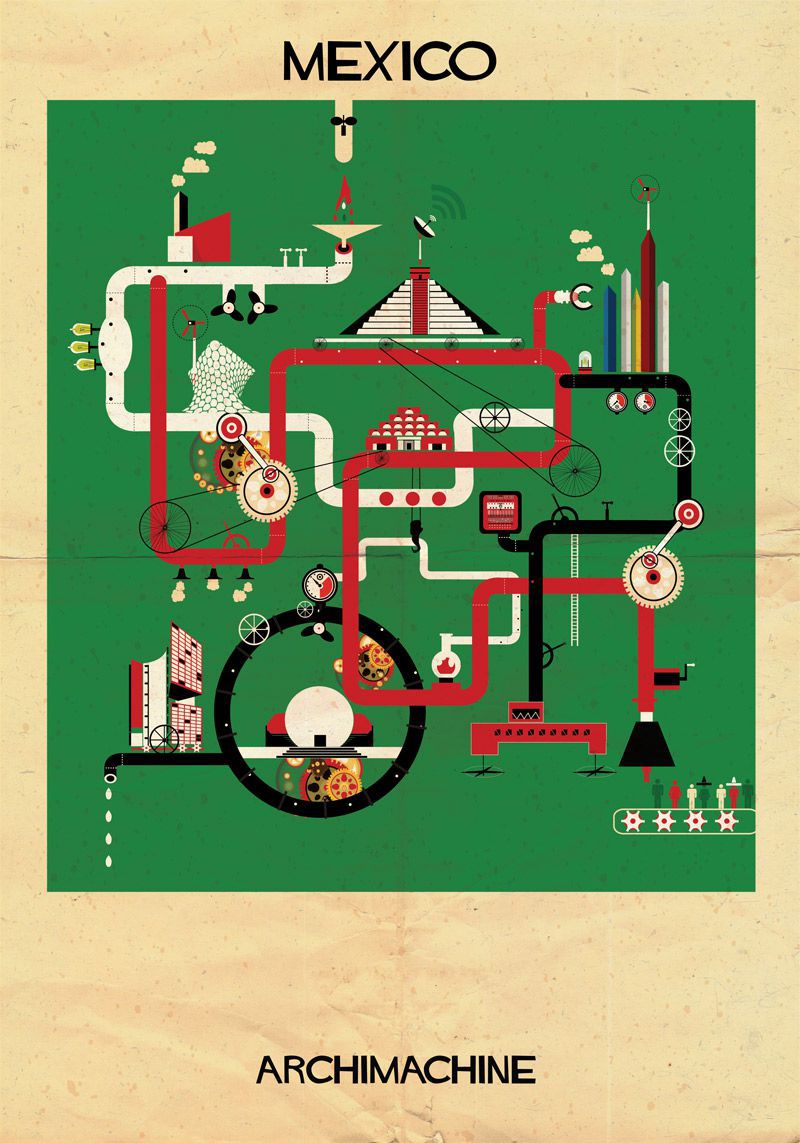 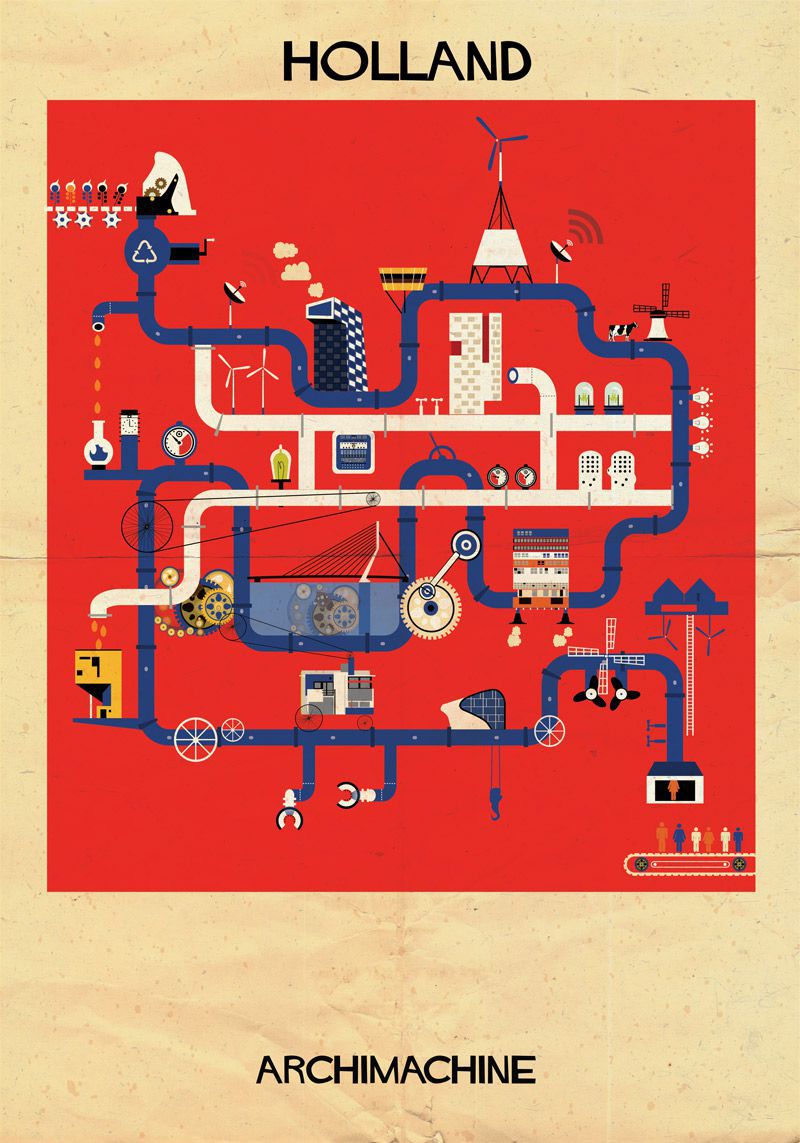 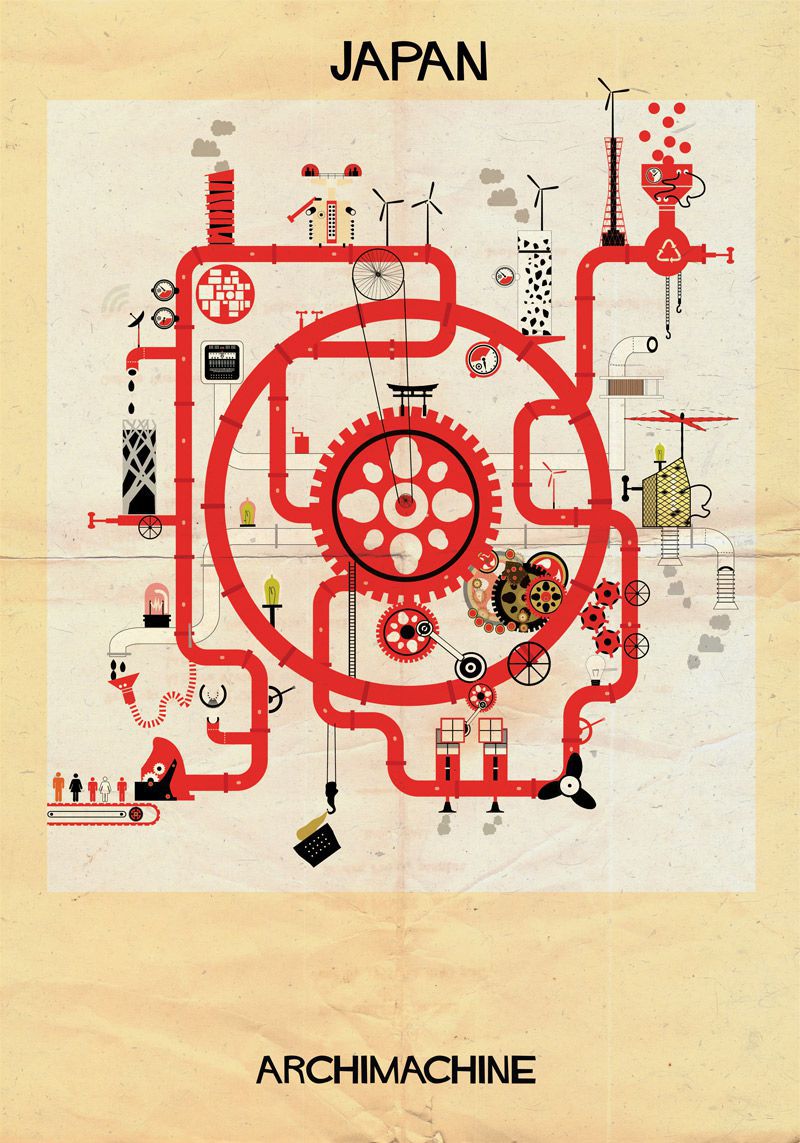 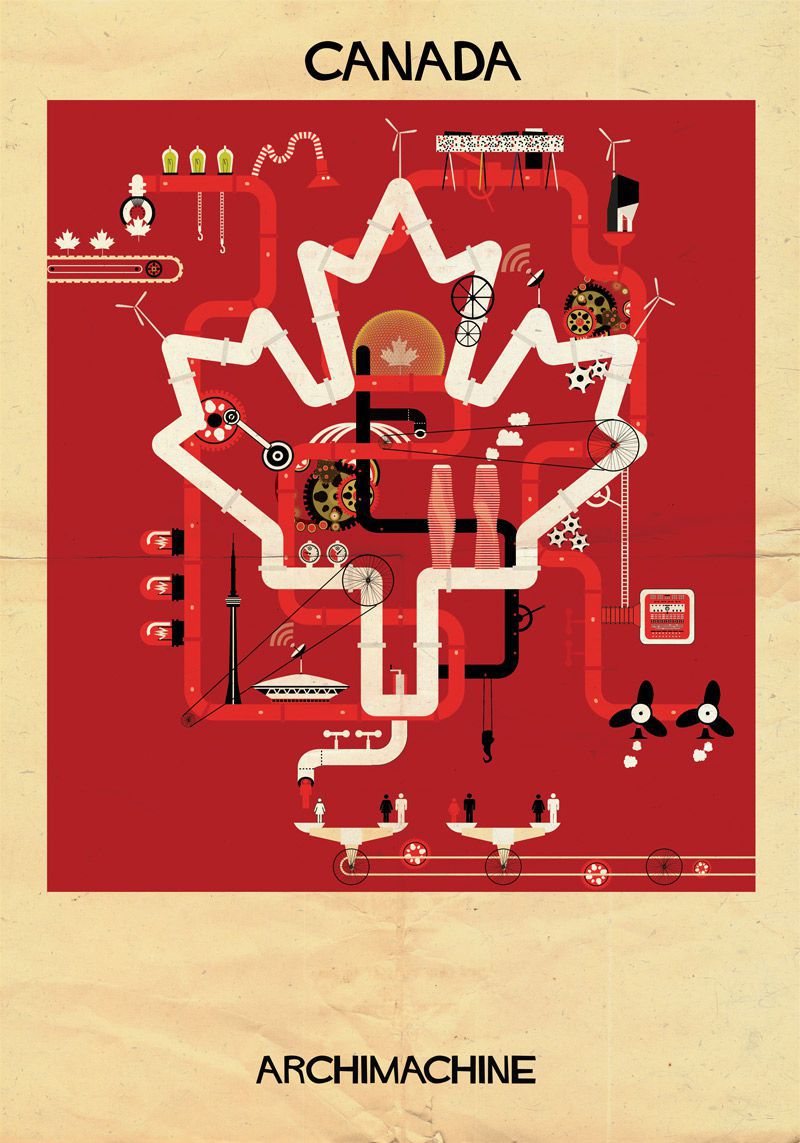 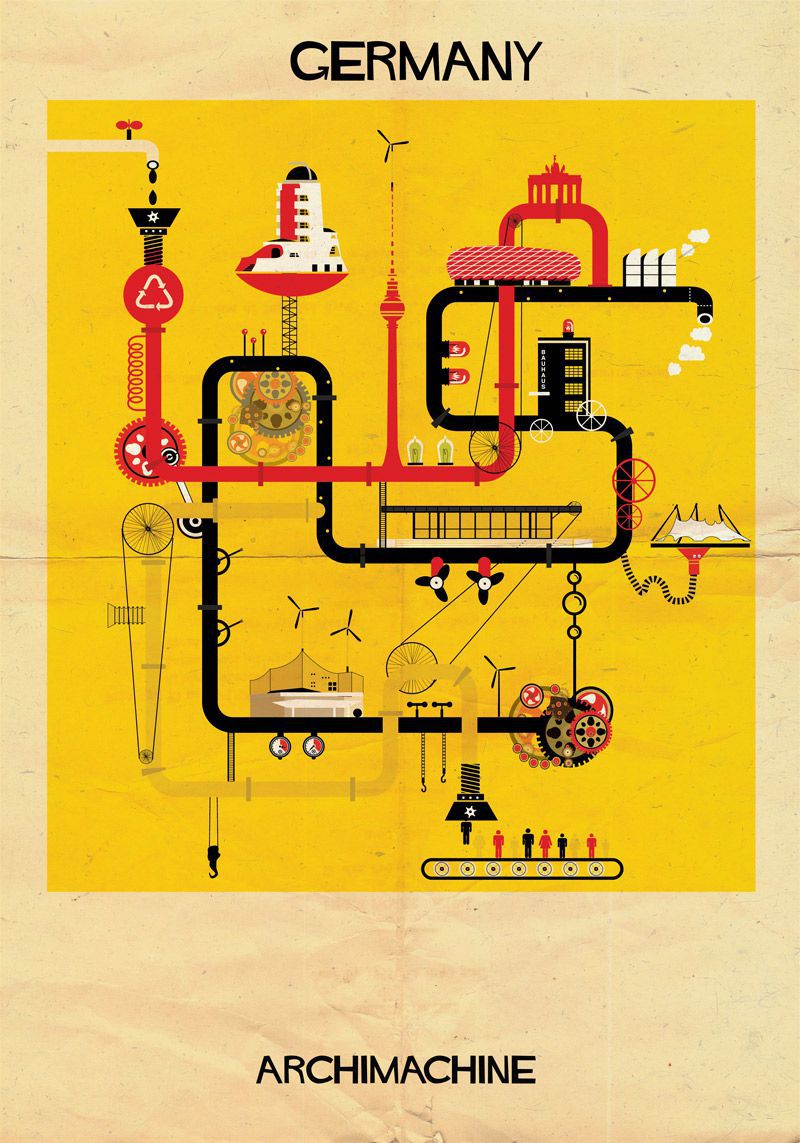 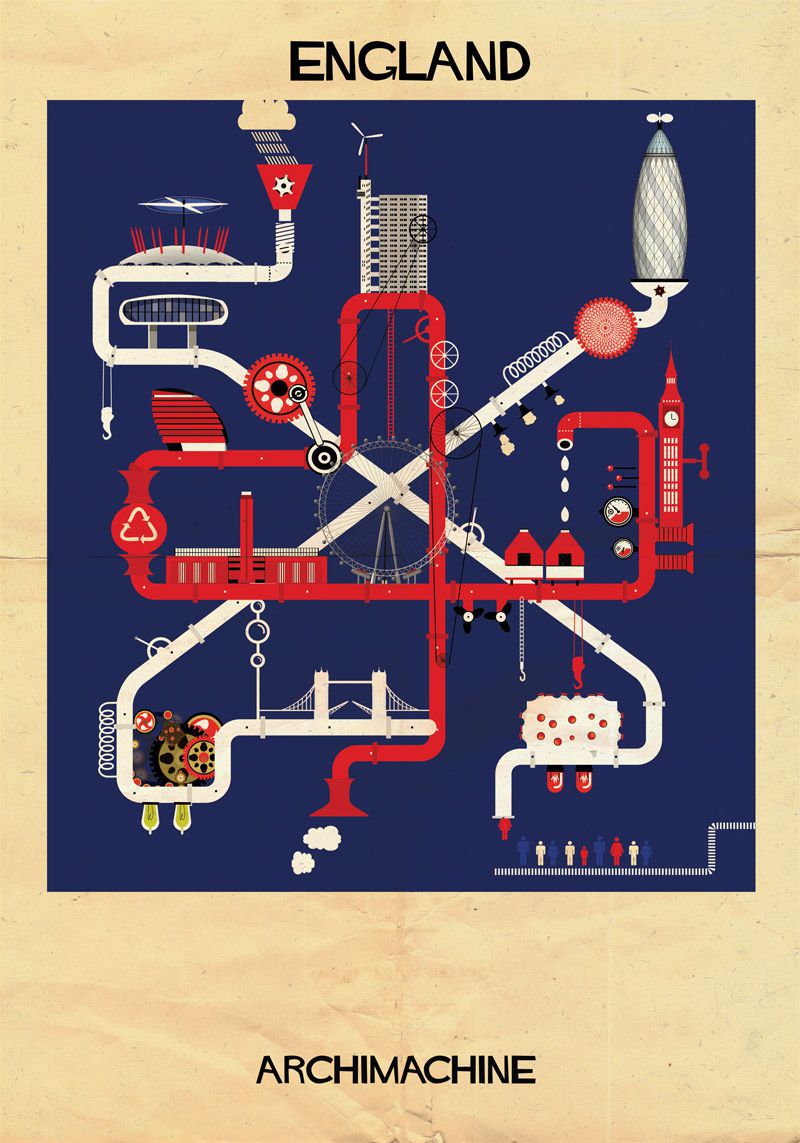 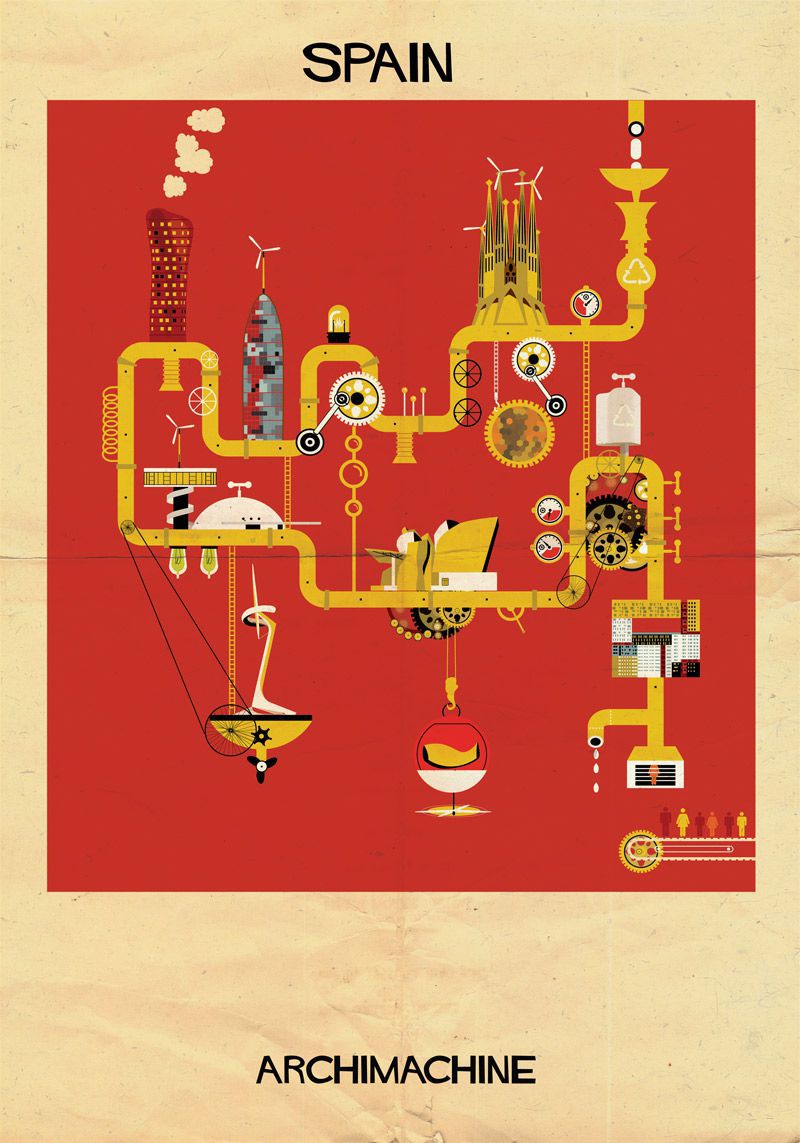 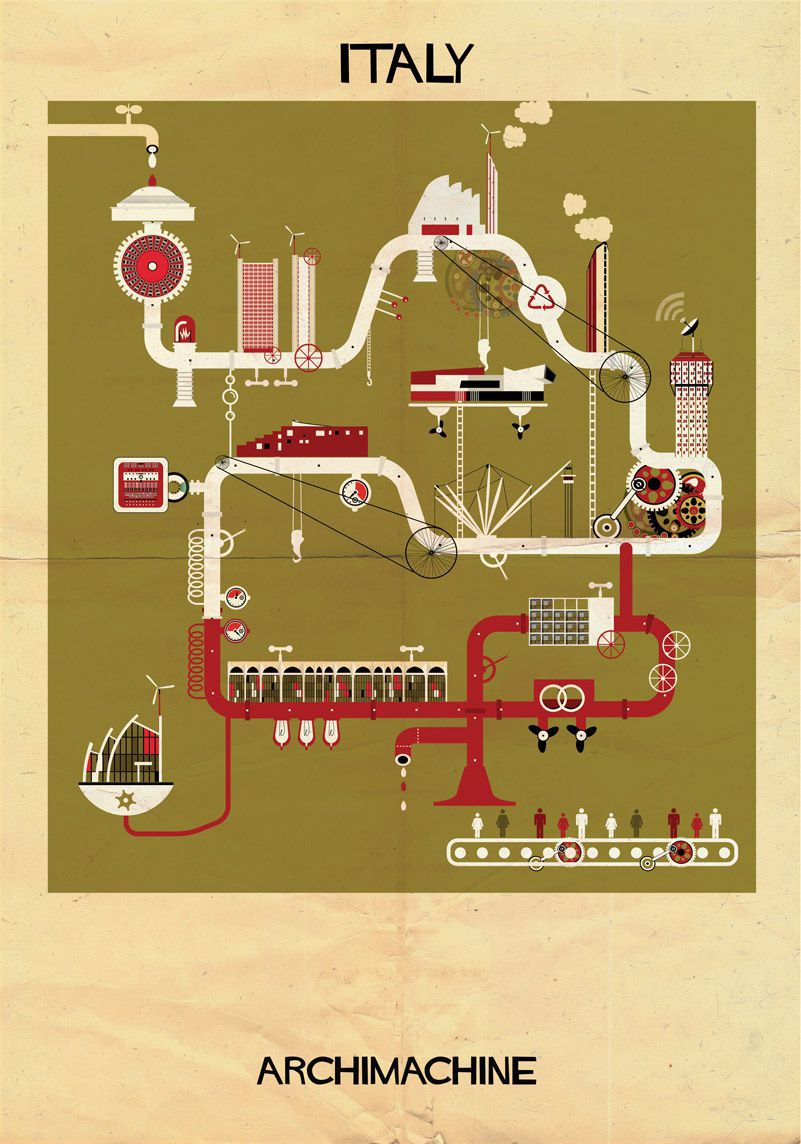 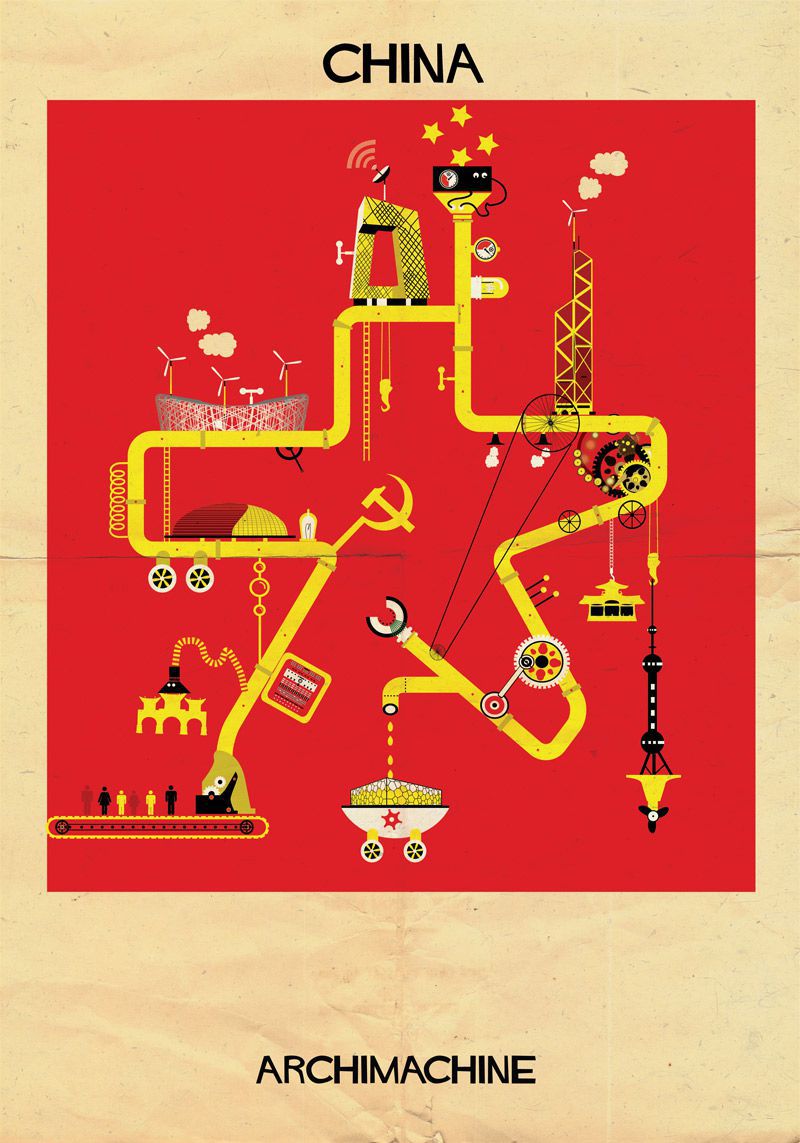 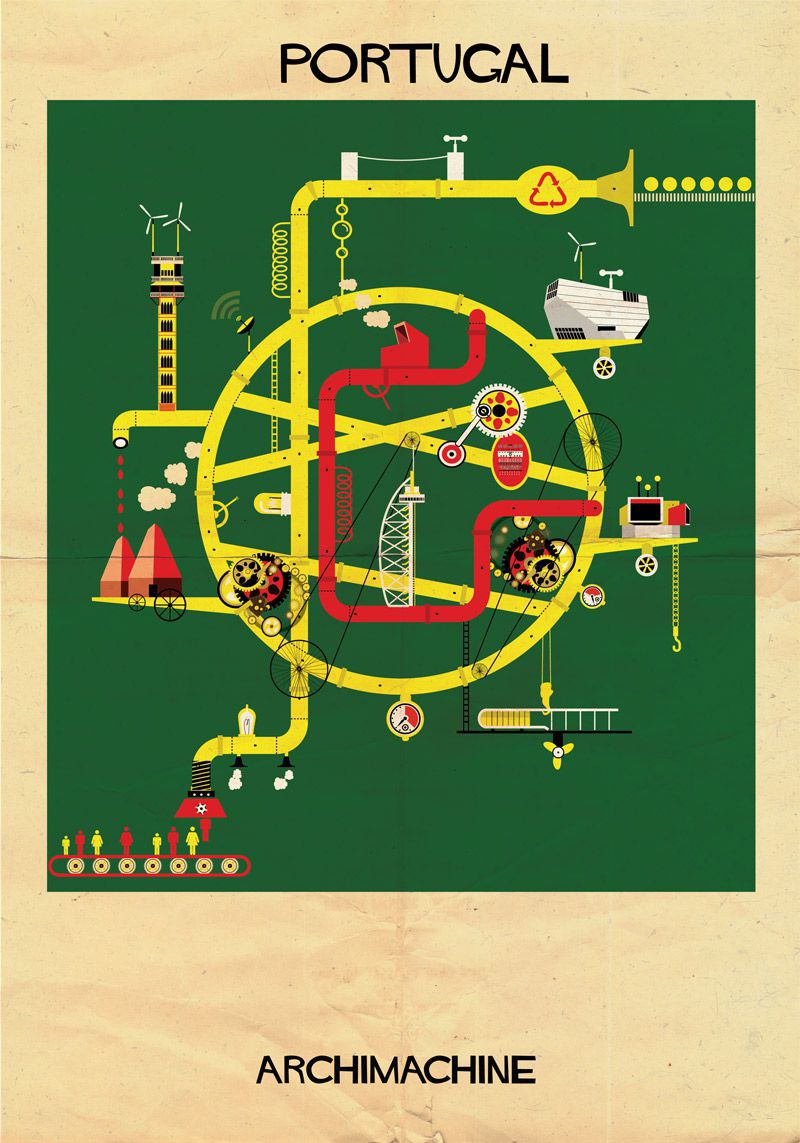 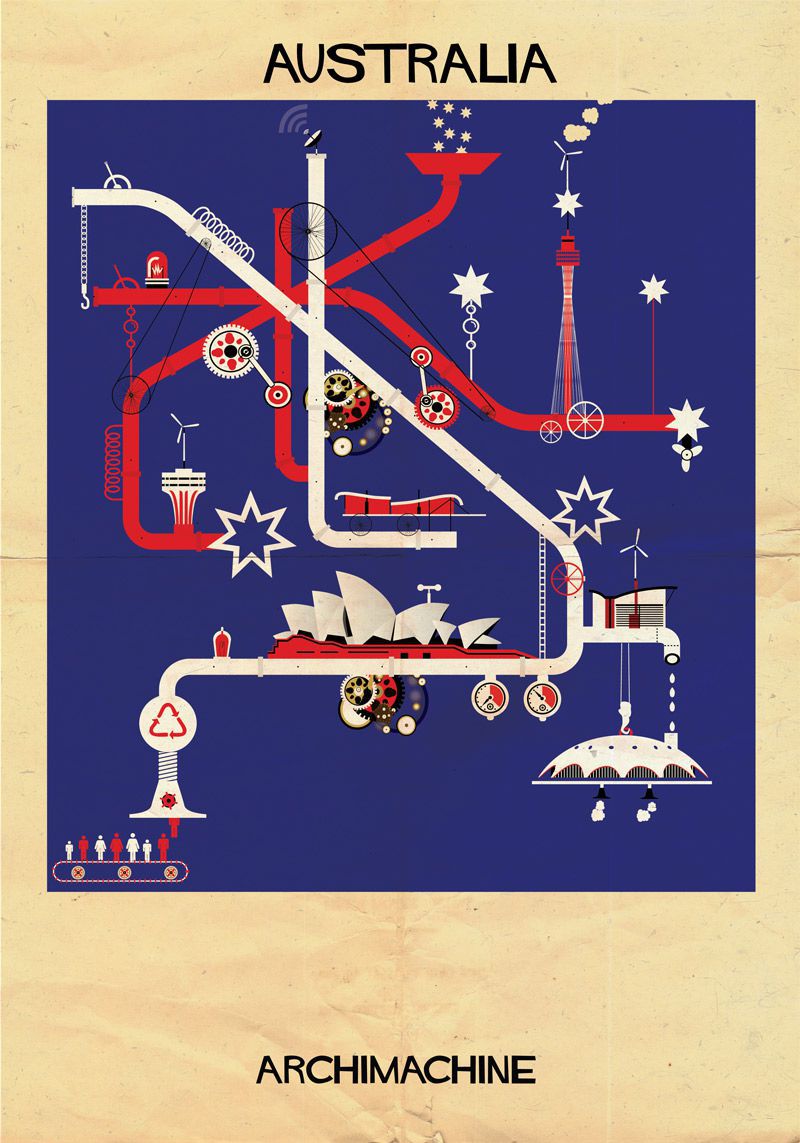 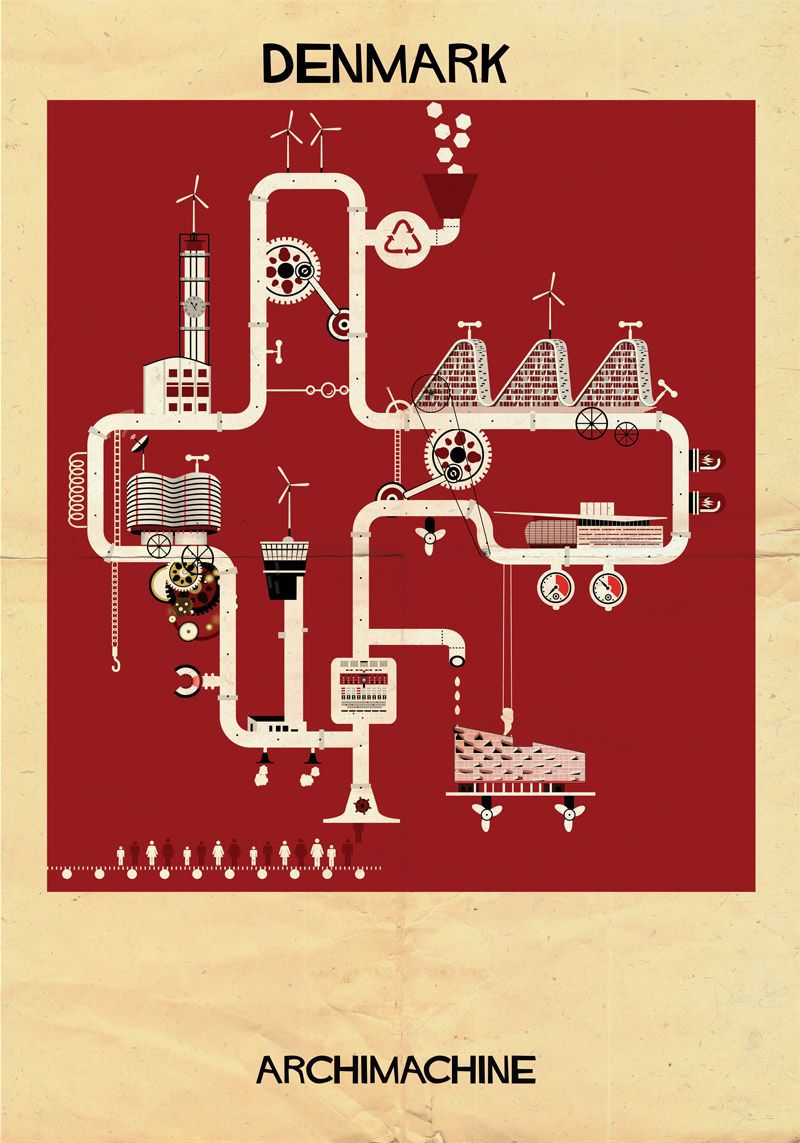 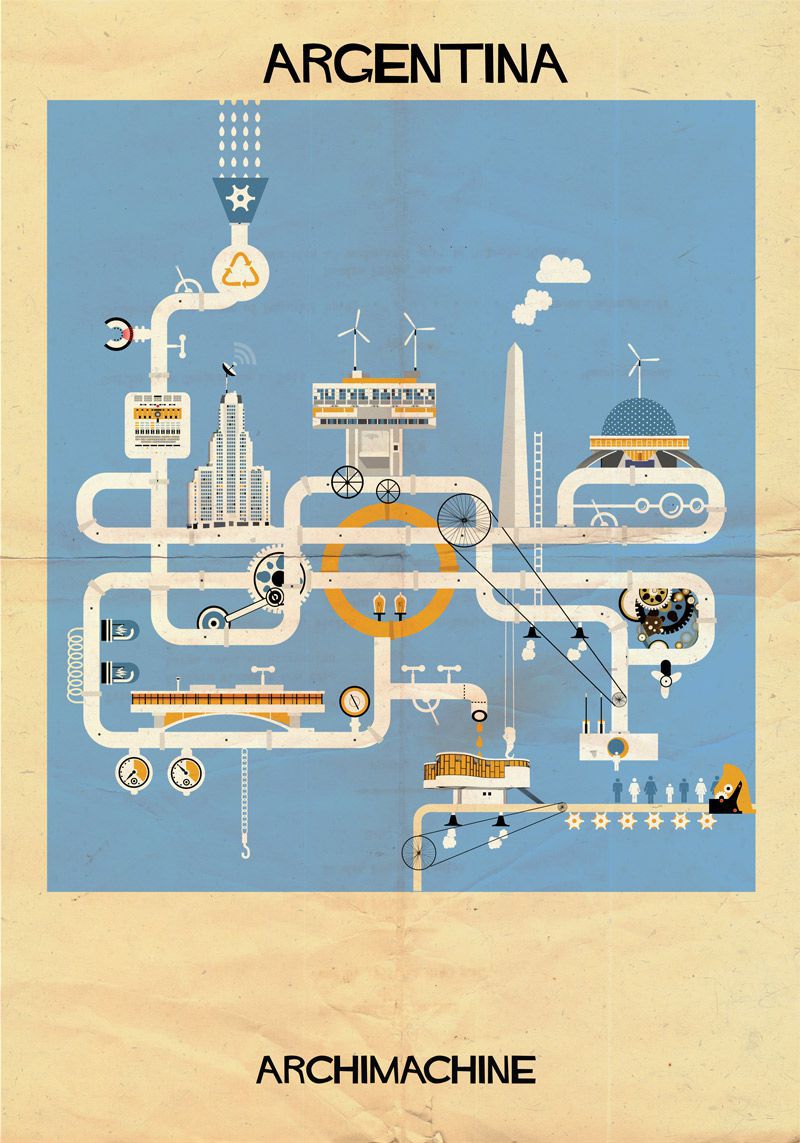