Is Your Creative Vision Shortchanging UX?

When approaching a design challenge, it is easy to get caught up in the aesthetics. After all, for the skilled designer, selecting a unique font, minimizing clutter, and generally showing off good taste and artistic ability are part of the fun. Putting that personal spin on a project is part of what makes it worthwhile.

Nobody is going to complain that the end result looks too nice. More likely, they will complain that the exquisite design comes at the expense of the user experience. Just because “end user” has the word ‘end’ in it doesn’t mean the user’s concerns should only be considered toward the end of the project—in fact, user experience should be the central concern for any designer who wants to work again.

Live or Die By Design

Consider an extreme example: when Thomas Duncan, the first Ebola patient in the US, died in October of 2014, the Texas hospital that admitted him explained that he had been misdiagnosed. The doctor didn’t see the nurse’s notes, indicating he had recently traveled from West Africa where the outbreak began. This was initially blamed on the interface of the Electronic Health Record (EHR) being shared between the admitting nurse and the doctor.

They claimed the user interface for their EHR was unintuitive and was to blame for the mix-up that saw Duncan get discharged, only to return and later die at the hospital.

Most design challenges are not going to mean the difference between life and death. But they may run the risk of alienating users due to the assumptions made by the designer. What is intuitive to someone deep in the world of interface design may not be as natural to the lay-user.

Getting to Know You

This is more than just a matter of knowing better than the tech-illiterate user, or competing creative visions between User and Maker. To make the final product truly successful requires strong communication skills — mostly on the part of the designer.

It would be a relief to blame creative differences and frustration on a user who simply can’t articulate his or her expectations, or how a feature should
work. As maddeningly difficult as it may sound, an effective designer must learn to listen, understand, and sometimes even interpret the requests and demands being made. That means listening, but also providing feedback.

Being a design expert doesn’t mean being an expert on international shipping, or healthcare, or anything else a client might need your services for. It does, however, mean you know how to listen, give feedback, and collaborate in order to make sure you understand what is being asked, and fulfill that. 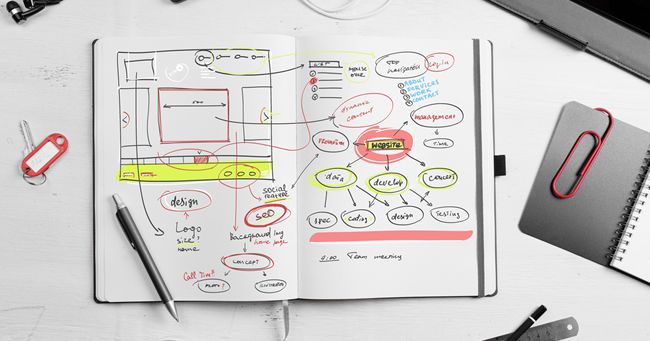 Your creative vision — beautiful as it is — should always take a backseat to consideration of the user experience, and you should never assume the user will look at your design the same way you do. If that were the case, you wouldn’t be recruited to provide that design. Fighting the impulse to make assumptions will mean asking questions, doing research, and piloting with someone who is not also a designer.

It is natural to want to make assumptions — especially to justify doing what you already wanted to do. Compromising your vision during construction is difficult, but remember that when you are done, you are done; the user, meanwhile, has to live with the choices you make.

It takes a lot of forethought and creativity to create something both attractive and functional — and for many, combining those two features is more than enough of a challenge. That is what separates sufficient design, and exceptional design: understanding the end users, and putting them first.

In cases like the healthcare example, where many different departments will be interacting with the same documents, each with distinct needs and expectations, there are a lot of paths you might take.

Taking into account what each user’s needs and desires are may feel like more work than just making a symmetrical, sexy interface that would make Steve Jobs double-take. But one-size-fits-all solutions aren’t solutions at all; they are invitations for problems—on the user side of things, of course.

Relying solely on your experience, artistic vision and knowledge of what is standard or popular is less valuable to your users than your ability (or sometimes, willingness) to ask what they need, and listen; then ask what they want, and listen again.

Creative design is not imposing your character on every project, but finding a way to satisfy the end user who must live and work with the result.

No Disputing About Tastes

Personal taste — aesthetics — can bias even the best designer toward or away from different elements or tools. Having refined tastes is great — even desirable — just as long as it doesn’t end up costing the end users who just want an easy, painless experience. Children, eventually, will have to leave the nest and function in the real world.

Your design projects are precious, certainly, but they too must function in a practical environment. Give them a fighting chance with better communication.