The Impact of Simple Design

Simple design isn’t the act of removing design elements until something ‘looks’ pretty. It definitely isn’t dumbing down a product until the complex elements no longer clutter the interface.

To create a truly simple design, whether it’s a product, webpage, or interface, takes more work than to create something that isn’t found as simple.

To begin, we have to define what simple is. My definition: “An organizational design of front-facing elements that enable your power features to be easily accessed and used by the majority of your user base without creating clutter around the core functions.”

My favorite example of Simple is Spotify vs Rdio. 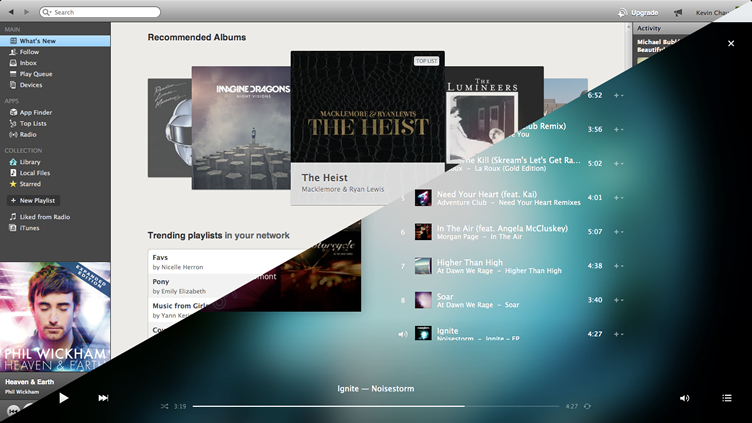 Considering that both products have roughly the same collection size, the same social features, and they both play music well, we’ll keep it simple and just compare the design of the main playback interface.

Rdio has a playback interface that focuses on the music playing. It removes clutter while playing with layers and transparencies. The current album art is translucent in the background, which allows the interface to be dynamically colored – like iOS7. You could even call it ‘flat’. Though on the focus of simplicity, you’re able to see your queue, album art, and player controls in one screen.

Spotify does not have a dynamic interface, instead, it feels a bit like a dated version of iTunes. Social is cluttered within the app, suggesting things that previously listened to much more frequently than what they are currently listening to. And overall it’s just a cluttered interface.

Getting to simple is not an easy task. You need to take into consideration all the possible placements of elements. Naturally I would use Stride as an example – it’s a beautifully simple sales tracking application. We designed Stride around simplicity, without removing power features found in more traditional CRMs. A thought-out dashboard is pre-built, and focus is placed on the deal pipeline. Unlike in Salesforce, where your dashboard needs to be customized, and unlike in other CRMs, where you are blasted with information as soon as you log in. 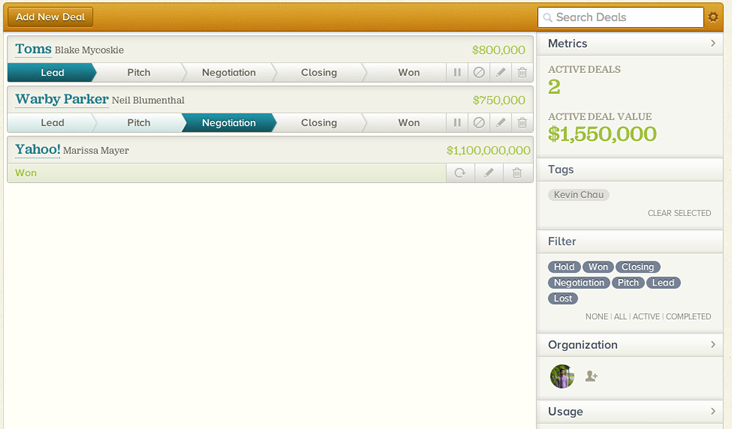 This is the main interface in Stride. Notice the elements that are front-facing: tagging, filtering, teams, stages, and value. We hid the complex functions in the background like real-time collaboration, task notifications, and assignments. However, they are well integrated into the front-end design. They work seamlessly.

What this design has led to is a continual influx of new users and customers. With paying users rarely voluntarily cancelling (less than 1 per month on average).

Here is an example of Zoho CRM as a comparison. I’ll let the design speak for itself. 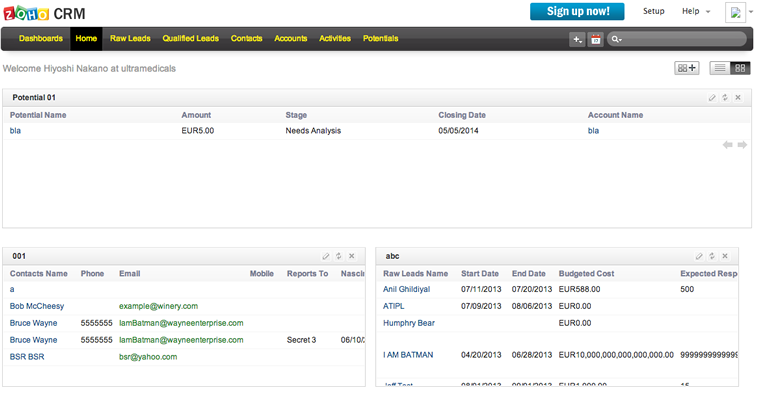 If you look at a majority of popular webapps and mobile apps, you’ll notice that the well thought out and well-designed examples push their interface on the marketing front. Whereas those that do not place emphasis on design, do not (try finding screenshots of Salesforce on their website without having to give up your email).

The fact is, at the end of the day, a pretty, simple, responsive design, sells. Period. The next time you start a new project, or facelift a current product. Take into account the impact of design, and how it impacts the UI and UX of your target market.