Playing cards have been around for centuries, and no matter what part of the world you live in, cards are well-acknowledged as one of the top casual activities, be it in a group or even solo.

That said, as a web developer, do you not get bored of the average routine card decks? You know, the ones that feature mountains and trees, or abstract drawing forms or pictures of cats? How about a special card deck meant exclusively for developers?

Allow me to introduce you to code:deck , a set of standard playing card deck with a modern design. 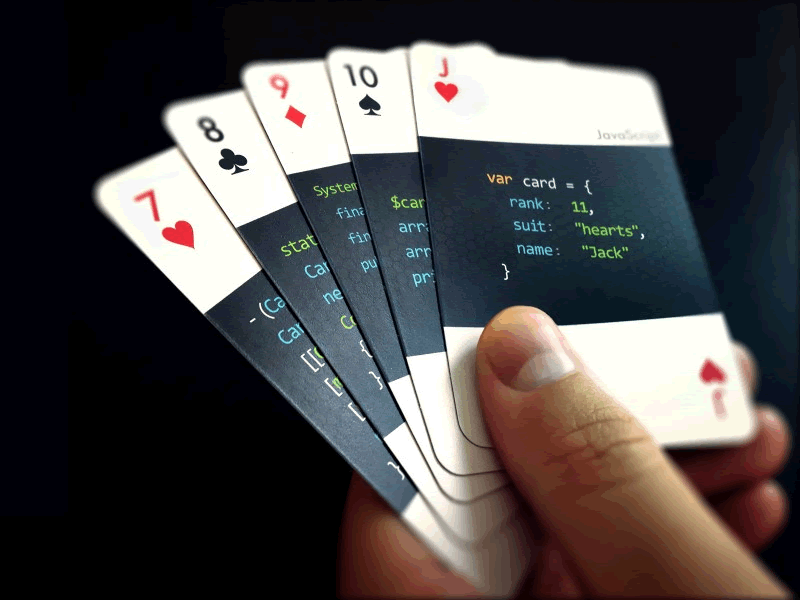 code:deck is a set of playing card deck, where each individual card features a code excerpt that describes that particular card in one of the many programming languages.

For example, here is how it describes the Jack of Hearts:

Neat, isn’t it? How about the Four of Diamonds?

Similarly, each card has its own unique description in code, across a range of programming languages. And speaking of programming languages, here are the ones that are included: Assembly, Bash, C++, Brainfuck, Python, Objective C, C#, JAVA, PHP, JavaScript, CSS, HTML and SQL. As you can see, the languages range from outright popular ones such as JAVA and PHP to straightforward novelty ones such as Brainfuck.

Just in case you are curious, the cards are printed on chrome matte paper with double-sided UV polish. 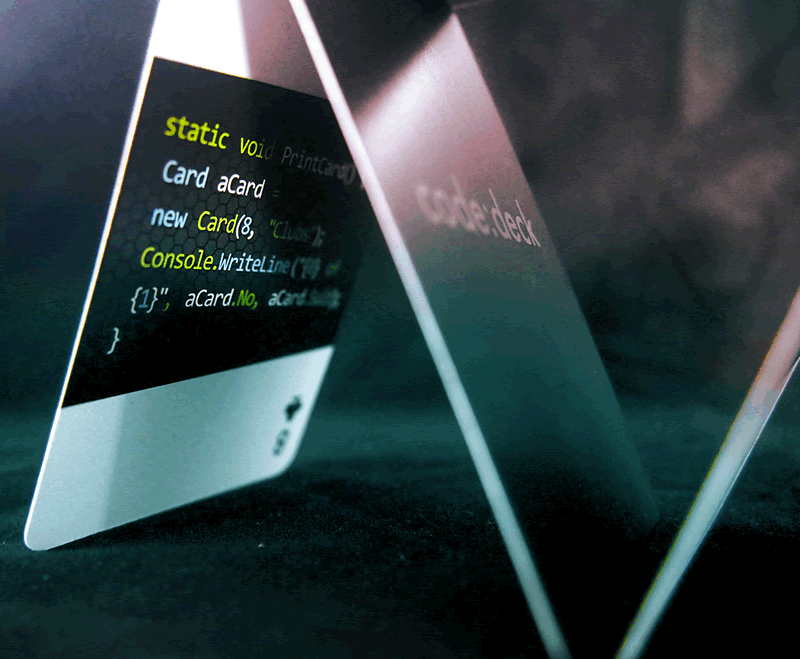 code:deck costs a meagre $10, plus a flat $5 shipping fee (irrespective of your location). For European buyers, you can expect the delivery to be within a week (all orders are shipped from Bulgaria). For the rest of the world, it might take anything between a week and a month.

code:deck can make for an interesting gift for developers or IT enthusiasts who are interested in card games. Even more so, you can purchase one for yourself too — maybe just to score some additional appreciation among your coder friends, or simply to get rid of the boring deck designs out there!

So if you or someone you know is interested in playing cards and also happens to have a set of coding skills, code:deck is one commodity that you should consider purchasing today!